Chapter 161 called ‘never be alone’ was very straight forward and to the point. The chapter accomplishes what it needs to do, revealing that the children are captured by Peter Ratri and his demon army and that they have been held captive in the nearest farm that is the ‘Grace Field’ and now Emma’s team will attack grace field to save them.

Now everyone is at the same place wondering how they are going to save the children from Peter. They realize that they are in a terrible situation, them against 2000 demons plus the Ratri clan. This is not going to work. Even when they fought against the queen and her army, they had Giran backing them up. Everyone’s morale is just way down and suddenly Emma was like – ‘let’s go to the grace field. I don’t know how but we can save everyone’. This makes Norman smile seeing the typical Emma back and finally everyone gears up and is ready for the attack. 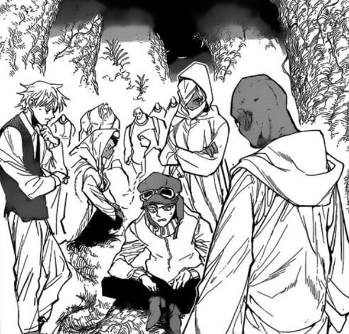 This chapter was focusing on the setup of the final battle and where it’s going to be happening. So in the next chapter, we are definitely seeing some action because they don’t have a plan yet. They are going for a straight-up fight against Peter Ratri and his 2000 demon solider. But it seems pure stupidity and they can’t win that way. The only advantage is that they know the grace field better than anyone else. They must come up with something.

The final arc is here. It had all started with Grace Field and it’s going to end with the same. Regrouping everyone at the end. Isabell, Phil and other small children that did not escape earlier are still there, so they will meet back with everyone after a long time. Emma kept her promise to Phil that she will come to save others later. We might also know now why Peter sent Andrew to talk to Phil once.

ESPN Fantasy App down & not working for many users