Activision and Xbox have confirmed that they are actively investigating an issue where users who pre-purchased Call of Duty: Modern Warfare 2 Campaign Remastered on Xbox One are not seeing the UDT Ghost Bundle in game in Modern Warfare and Warzone.

UDT Ghost Bundle was given to players who pre-purchased the Call of Duty: Modern Warfare 2 Campaign Remastered. But players on Xbox are not seeing their bundle in the game Modern Warfare & Warzone game.

On April 4, 2020, Activision Support confirmed that they are investigating the issue & working with Xbox to address the issue. But even after three days, the issue has not been resolved yet & players have not received their UDT Ghost Bundle. We are following this matter closely & whenever any fix will arrive, we will update the column. 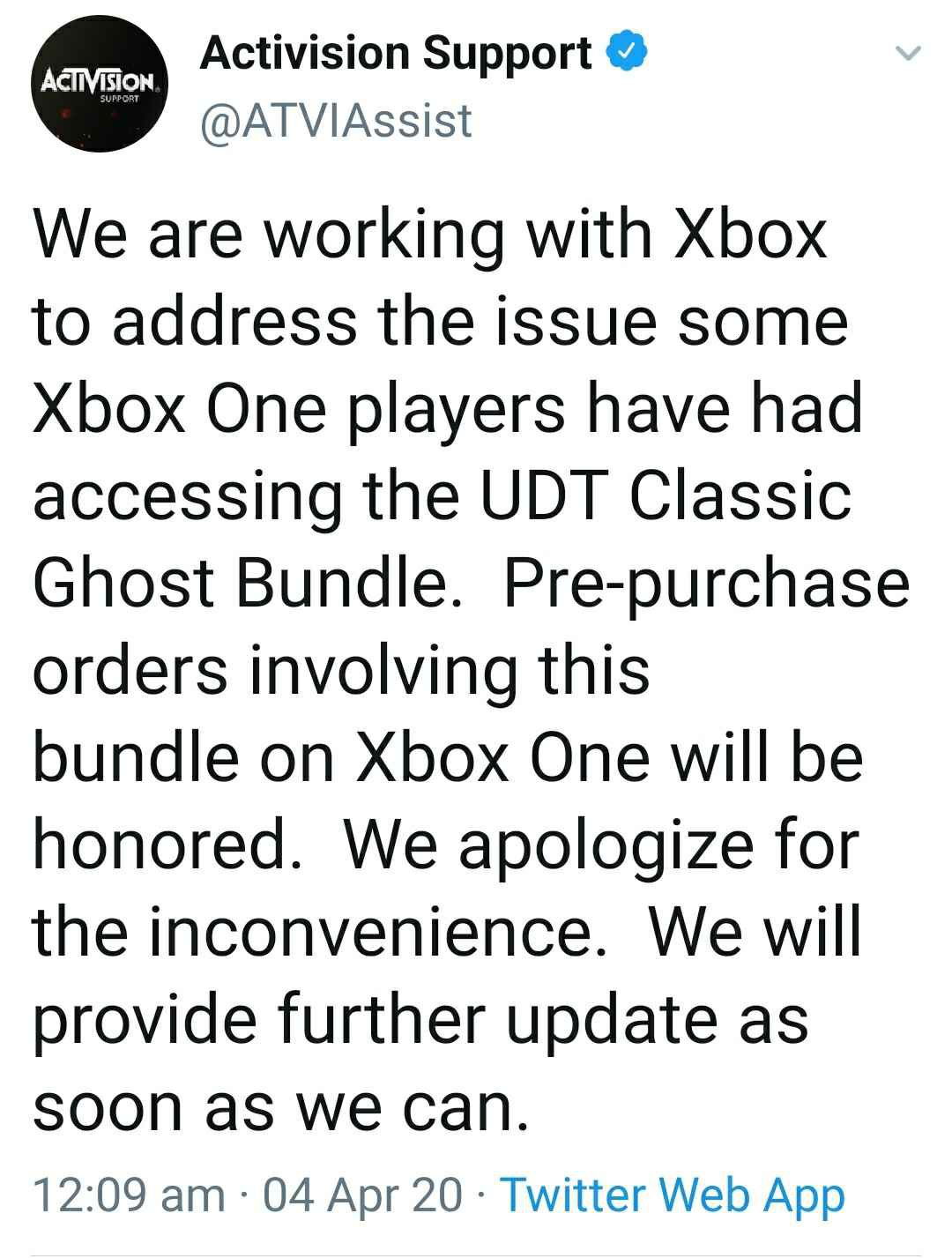 The bundle includes a classic Ghost skin and other Ghost-themed cosmetic items for pre-purchase of Modern Warfare 2 Campaign Remastered.

Modern Warfare 2 Campaign Remastered is available on all the platforms. It relive the epic single-player Campaign from the 2009 blockbuster Call of Duty: Modern Warfare 2, remastered in true high-definition. Players can experience classic missions including Cliffhanger, The Gulag, and Whiskey Hotel as you join Soap, Price, Ghost and the rest of Task Force 141 in the globe-spanning fight to restore order to the world.