Original Post: In our earlier posts, we reported that a lot of users are posting about the crashing issue with the Twitter app on the Android platform. Some users posted that the app is not opening after updating it to the latest version on Google Play Store, while some reported that they are using the older version of the Twitter app and still facing the crashing issue. 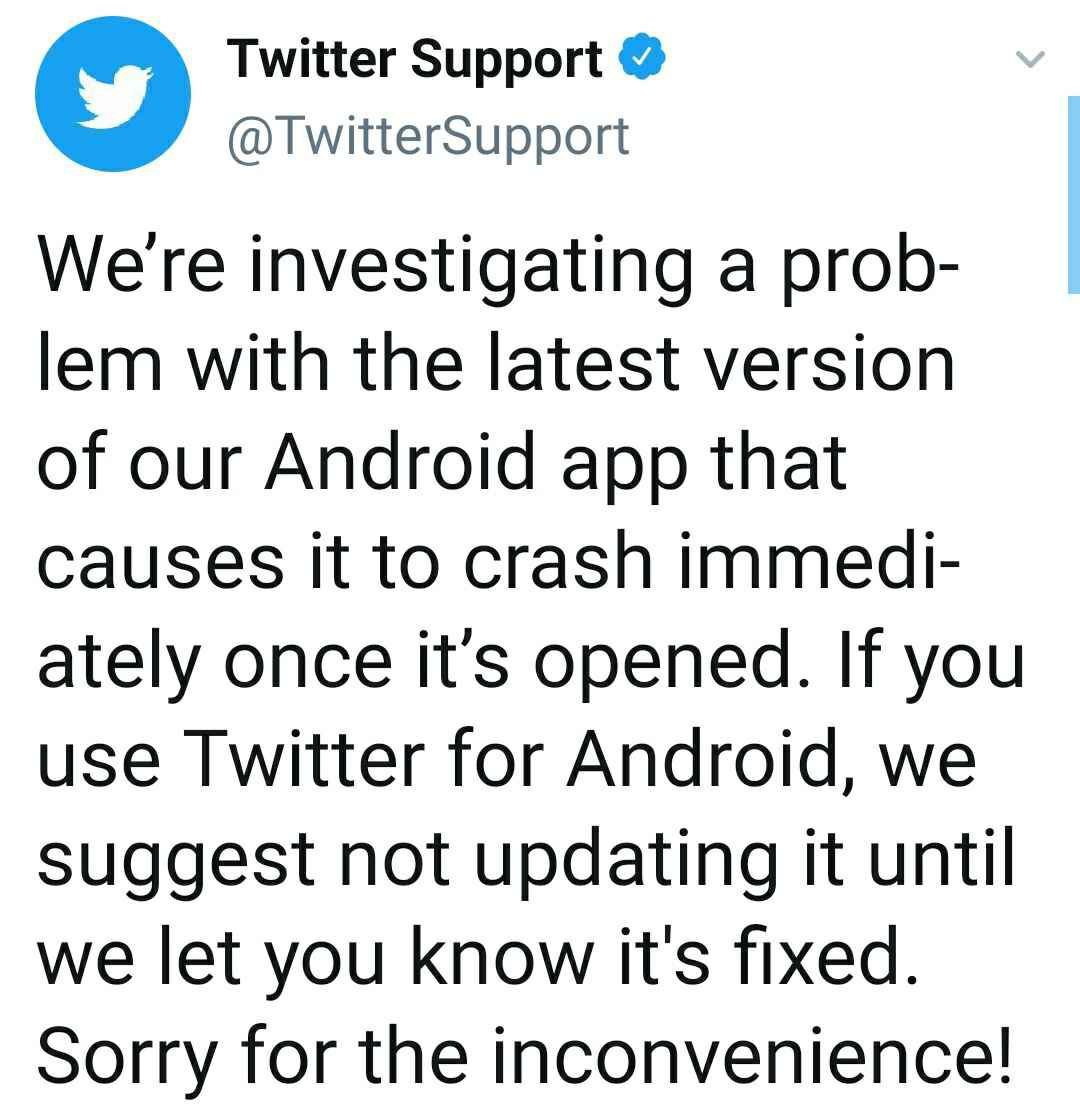 If you are still using the older version of the Twitter app, first you need to turn off the auto-update feature in the Google Play Store. For this, go to the Play Store app then head to Settings > Auto-Update Apps > Don’t Auto-Update Apps. You can enable this feature later, as it will stop other apps on your device to download the updates automatically.

Well, if you are already using the latest version of the app and still facing the crashing issue. You just need to clear the Twitter app’s cache memory. To do this, head to Settings > Apps > Twitter > Storage and cache > Clear Storage > Clear Cache. This will fix the crashing issue, but this also reset the app data and you will need to sign-up with your account again.

If you are still facing any issues or need any assistance with the steps mentioned above, let us know in the comments section below.

Many readers commented on this post and mentioned that the app is still crashing after clearing the cache memory. Well, if you have tried this method and still it’s not working, try the method mentioned below.

Just in case, if the app still crashes, we recommend you to wait for the official update for the app on Play Store.

My Social Security down & not working for many users

My Social Security down & not working for many users