Twitch, one of the most popular streaming platform is currently down & having technical issues with PS4. Many Twitch users on PS4 are unable to stream their games live. The issue is persisting for more than 14 hours & still not resolved.

Twitch Support has taken the route of Twitter to convey its users regarding the ongoing outage. They have released an official statement which reads as follows: We are aware of an issue preventing users on PS4 from going live. We are working on fixing this issue and will update you when we have more information. Thank you for your patience, and sorry for the delayed response. 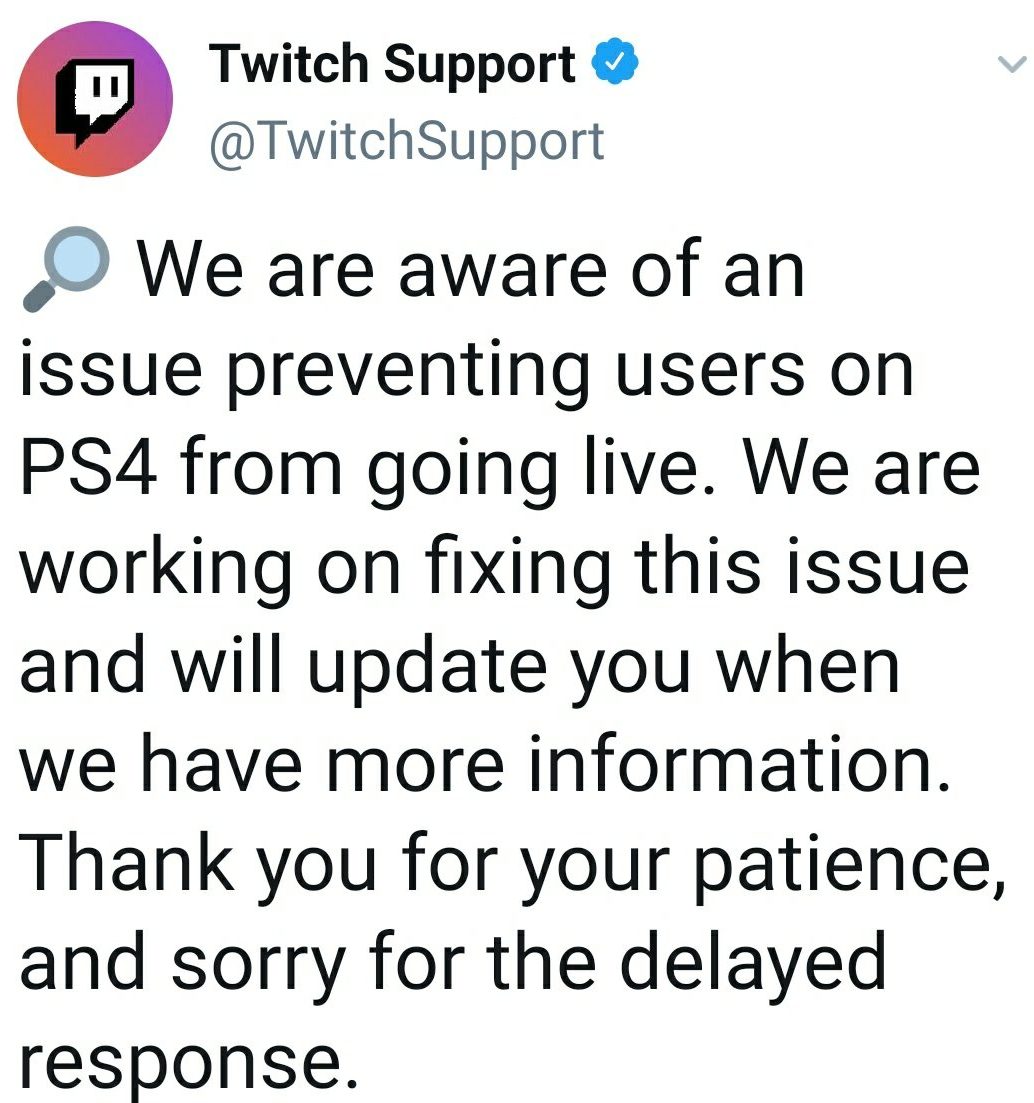 Many Twitch users are really disappointed & have taken the route of social networking platforms to express their concerns. Have a look at a few complaints down below.

I'm upset I cant broadcast to all 0 of my viewers.

We been having this for 6+ hours 😔