The Wandering Village Early Access Roadmap: Here’s everything you need to know

The Wandering Village offers a twist of ancient folklore with fantasy elements and city building sim together. Made by Stray Fawn Studio, in-game you assume the role of chief and it’s your responsibility to ensure the survival of your village. In the post-apocalyptic world where the environments have become unhabitable, you’ll have to do various things. You can build settlements and bond with Onbu, the mysterious large creature who carries your whole settlement behind its back. To add more content and expand the game, devs have revealed their early access roadmap. It contains new features, gameplay tweaks, and content that you’ll find intriguing and we’ve mentioned it below. Continue reading the article to know more about the Early Access Roadmap of The Wandering Village. 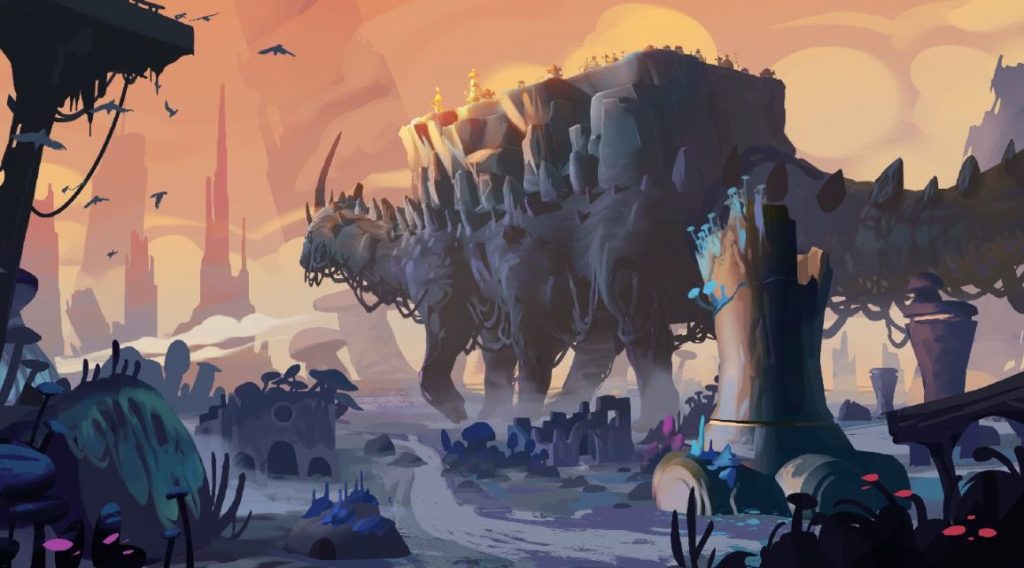 The developers of The Wandering Village revealed their plans for the game and the updates that’ll improve the experience even more. The devs have stated that the Early Access period will be live for about a year, so there is plenty of room for improvements. They are open to feedback as well so if you feel like you have ideas that could improve the game, feel free to post them on their Discord channel. Without further ado, check out the confirmed features that’ll be appearing in future updates of the game.

6) Flying Merchants to trade with

Possible features (Not confirmed by devs)

Features that will receive updates

Stretch goals were implemented at the beginning of the Kickstarter campaign for the game. They’ll be added in a later part during the development.

In the ruins biome, villagers will roam around strange lands that have plenty of mysterious artifacts and abandoned ruins. Players will learn more about the old civilization and how it perished.

The mysterious animal looks like a hybrid of lizard and dragon and carries a whole city on its back. You can send villagers to Onbu’s head and pet it. The higher the bond, the higher the chances of your village’s survival and its cute reaction is an added bonus.

Birds are very helpful if you want to do some scouting. This feature will allow the villagers to tame birds and pet them to their heart’s content.

Just as the name implies, flying merchants will roam the skies and will stop by your village occasionally. You can buy or sell rare resources or artifacts and earn money doing so.

The world of The Wandering Village is vast and you can find all sorts of natural resources on your journey, including water bodies. They often contain opportunities but also dangers that come with them so tread carefully.

We hope that you enjoyed reading this article. Stay tuned for more updates about latest games, news, guides, and more at Digistatement.