Peter is finally dead but not the way everyone wanted him to be. The raw scan page for chapter 173 of the manga ‘The Promised Neverland’ just dropped.

So in this post, we are going to talk about ‘The Promised Neverland’ Chapter 173  release date, raw scans, and spoilers. We will be looking at the spoilers now so if you do not like them you can scroll further down for more information on the release of the upcoming chapter.

Before looking at the raw scans, let’s first discuss chapter 172 of ‘The Promised Neverland’. We found out that, Peter realized that he can’t win at this point. He wanted to kill Emma so that promise doesn’t get implemented. But surprisingly, kids don’t want to kill him but their main objective was to talk to him and resolve everything. Emma discussed with everyone how much she hates him but still, it wasn’t his fault it’s just the system. Emma says they won’t retaliate the Ratri clan if their freedom gets approved. 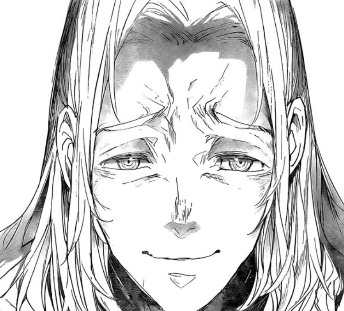 This time the raws are Korean translation. In this chapter, we find out that, Peter looked up to his brother as if he’s his hero. But James changed after discovering the 1000 years old history. James started seeding rebellions and Peter panicked, seeing his brother ruining the peaceful condition.

After James died, Peter continued with his work, no matter what he had to do. Back in the present time, he was still refusing that their duty is a curse, or whatever Ratri clan did was for nothing. He wondered why his brother did all that, did he want to be free? Perhaps he wanted to free Peter from the clan’s curse? 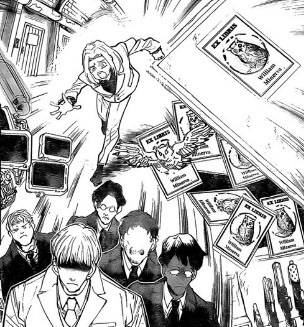 He looks at kids with a sad smile, says they’re adorable. Humans and demons have been like this for a thousand years. It’s their victory, they can go wherever they want. But they should know that the human world is no different. Because demons mirror humans. At the end scene, he kills himself out of guilt.

The usual release schedule for the Manga releases a new chapter on a span of 7 days. The latest chapter released on the 22nd of March 2020. So chapter 173 is scheduled to release on the 29th of March 2020.

WHERE TO READ Promised Neverland Chapter 173 –