In this new chapter, we get to know more about Musica’s past. She has always been a miracle child since birth. She never needed to eat humans to sustain her humanoid form. She saved many demons from hunger but almost everyone related to her was killed because of her being unique. She is the sole survivor and has been in hiding for 700years. She questions her own existence. 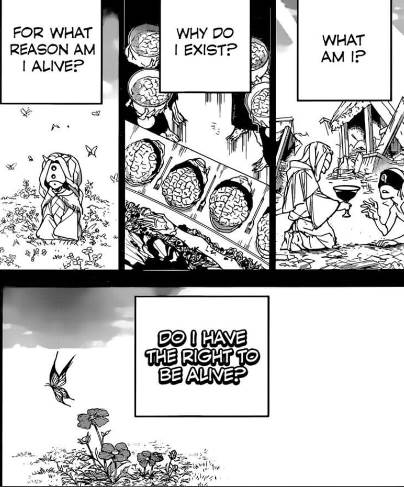 She pities the queen for how terribly starved she is. A queen who has everything is still not satisfied with anything. The queen thinks she is above everyone and Musica has no right to say anything to her as she is the supreme. The queen flaunts how powerful and formidable she is since birth. She bows to no one, not even god.

Musica tells her that she is sad for her as she(queen) is already dead and then suddenly even before the queen could comprehend how and why she said that the queen’s body explodes from inside, her only alive core couldn’t handle the enormous amount of corpse she ate and how those lives are devouring her instead, both physically as well as mentally. Everyone’s identities and memories are taking over her own self. “GOODBYE YOUR MAJESTY, QUEEN LEGRAVALIMA”, Musica says to her while her body is getting destroyed. 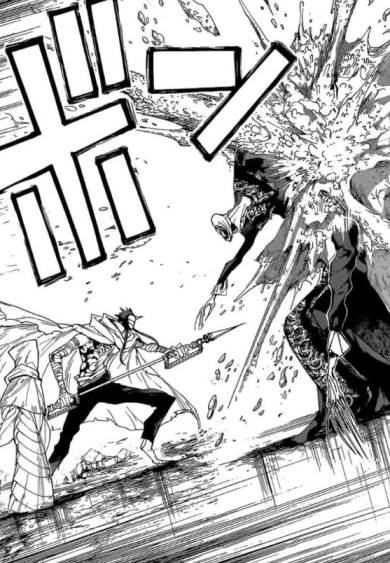 So this chapter was really crazy and awesome but that just makes the wait for the next chapter even more excruciatingly painful. We get to see how the queen’s greed and glutton destroyed her even though she was on top of the food chain.

In the next few chapters, we will see the end result of the fight between the demons and the cattle children and how it is going to affect the future of the world that has been divided into two parts 1000 years ago. The promise that was kept for all those years has now been rebuilt by Emma. 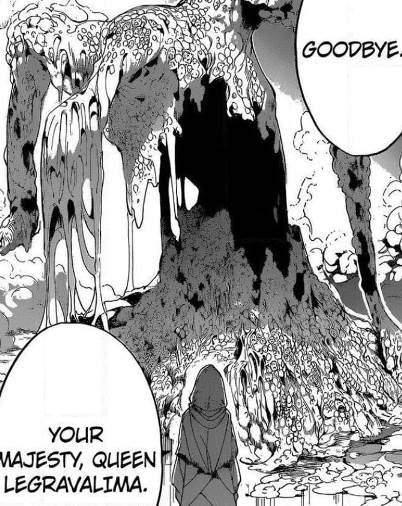 Also, the next chapter will focus on Musica a little more. Music is still a mystery, for how she got this power of the cursed blood. We will also see how Emma, Ray, Norman, and other kids are going to deal with the demon side of the world as their queen is now defeated and there is no power controlling the demon side of the world. It is a possibility that Emma is going to sacrifice herself for the peace of both the demon and human worlds.

When remaking the promise at the seven walls with the demon god(aka deity) there was a condition for the freedom of the cattle children which is yet to be revealed but we think that it will have to be Emma staying on the demon world as a controller of the demon world along with Musica and Sonju.

And stay tuned for the Raw Scans, we will upload the images, as soon as possible.

Credit for this article goes to Abhay Kumar

[Nov 19 -Server Maintenance] Destiny 2 down and not working on Xbox, PS4, or PC? (Destiny 2 server status and other info)

[Nov 19 -Server Maintenance] Destiny 2 down and not working on Xbox, PS4, or PC? (Destiny 2 server status and other info)