The company's most popular app in India has just been banned

India first banned 59 Chinese apps in June, citing privacy concerns and a threat to national security. But it is not hard to connect the dots and see that the ban on certain Chinese apps was a direct product of the worsening relationship between the two countries. And as the relationship has continued to fray, the Indian government has banned 118 more Chinese apps. The biggest among these is the mobile version of PUBG (PlayerUnknown’s Battlegrounds), which has a massive player base in the country. PUBG Mobile and PUBG Mobile Lite have been removed from the App Store and Play Store. 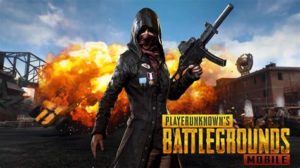 PUBG was first released for Windows by PUBG Corporation, a subsidiary of BlueHole which is located in South Korea. The game proved to be a sleeper hit and dominated both Steam sales charts and Twitch. Following this, Tencent was quick to license its mobile version. Tencent released PUBG Mobile which proved to be a massive hit in a market like India (where not a lot of people have access to gaming computers but certainly do have smartphones). They also released PUBG Mobile Lite for weaker smartphones.

Now India is PUBG Mobile’s biggest market, accounting for overly 175 million installs. This can be clearly seen in the 2% loss in stock value for Tencent, which amounts to more the $14 billion. India is clearly an important market for Tencent and looks like they are not ready to give up just yet. According to a report by Reuters, Tencent said on Thursday that it would engage with Indian authorities to ensure the continued availability of its apps in India. It also claimed that it takes the protection of user privacy and data seriously.

Now the only thing left to be seen is how successful Tencent is going to be, given the strained relationship between the two nations.