Fan of The Last of Us, be careful 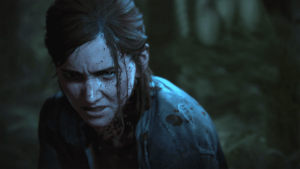 The Last of Us Part 2 is one of the most anticipated titles by gamers. A title that, probably, will be the swan song of the current generation of consoles, which at the moment does not yet have many cartridges to shoot. After the recent postponement to a later date, accompanied by some leaks regarding the gameplay of the game, the Naughty Dog product has undergone a new and very serious leak.

In fact, a few hours ago some leaked videos of the title were published on various channels, promptly removed by Sony. In these videos, in addition to the gameplay, there were huge plot spoilers concerning the events of Ellie, Dina and Joel. According to reports from those who had the courage to see them, the videos, unfortunately, seem to be authentic. Many of these have obviously been reloaded on numerous alternative channels populated by fans of all sorts.

So moving forward heed with caution: Major Spoilers Ahead! 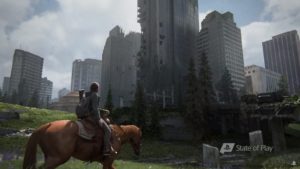 The general consensus online is that gamers and fans will not pay attention to the leaks and not lose the sanctity of the legacy of The Last of Us but as a gaming platform it’s our duty to give full information to our readers.

Now some of the leaked footage shows a horse-riding cut-scene between Dina and Ellie. Another shows a long conversation between Joel and Ellie. A clip contains Ellie and Dina’s relationship blooming like a flower, which is a major leak after their kiss.

The biggest bomb of them all was something every fan feared: Ellie found Joel caught and beaten by bandits & this might fulfil the rumour of his death.

Everything suggests that we have here a fairly advanced version of the game, which is not surprising because remember, the delay of the game is mainly due to the coronavirus, and not to the need that Naughty Dog had to refine the game And get ready because the big nice news is the confirmation of a multiplayer mode within the game.

Already planned for May, this multi-mode which was already circulating in the pipes is now confirmed via a leak that appeared on the Resetera forums. As you can see, the leaked video is that of a special developer edition where you can see several lines of code indicating the famous multiplayer mode. So it appears today that the game will be much more ambitious than we might have expected

Apparently the leak came out from a fed-up employee. Naughty Culture is notorious for over-time shifts and devs sacrificing person lives for the game’s sake. Guess, someone decided that enough is enough.

Update: After the Leak, Sony has confirmed a release date of June 19th, 2020 for the Last of Us 2