G2 in talks with faze to buyout Niko.

Niko ‘NiKo’ Kovac is a Counter-Strike: Global Offensive  Bosnian prodigy. Despite being one of the best players in the world and playing for one of the world’s best clan, Niko’s career graph is not at the top anymore. Faze is flooded with constant losses in this era of online games due to the pandemic and the critics have said that the language barrier in faze is the major reason for it.

G2 Esports are to trying to capitalize over these series of events and are trying to buyout Niko from faze. With Nemanja ’huNter-’ Kovač being in G2’s lineup who is Niko’s cousin this deal might be softer on both ends and it would be easy for him to settle in if this deal goes through. 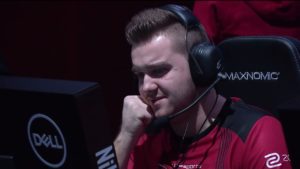 Although there are few problems for G2 :-

The Roster Scenarios for both Faze and G2 will be as follows if this deal goes through:-