The CPU and GPU are the cores of any basic mobile device that we use today. The combination of both defines the processor, speed and all the other internal features and functioning of a mobile. Recently, the launch of Snapdragon 865 has been teased by the official Qualcomm site, which will be taking the top spot of Android processors and specialized for high-end smartphones.

The GPU that is known to be equipped with SD865 is Adreno 650 GPU, which promises 25% higher performance and 25% better energy efficiency in comparison with SD855 and Adreno 640 combination. 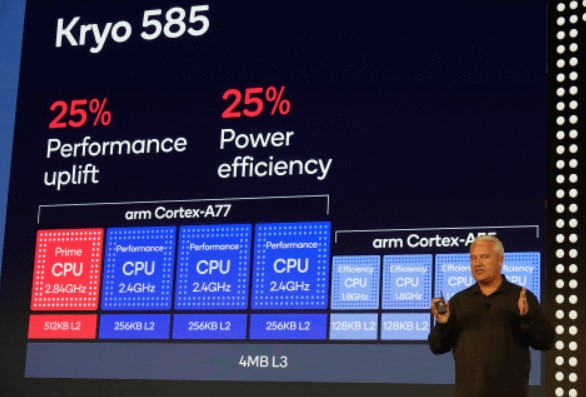 The Snapdragon 865 will not support LTE modem but instead will have to be paired with the new X55 5G modem, which also supports LTE Cat 24/22. The integrated Computer Vision Engine (CV-ISP) now supports Dolby Vision, 8K videos and 200-megapixel photos.

On Feb 4, 2020, the official Qualcomm YouTube Channel posted a video recorded by a smartphone that was powered by the upcoming Snapdragon 865. It is good to see that smartphones can now shoot videos of up to 8K resolution, all thanks to the SD 865.

Rest assured, we will update the post when any news about the Snapdragon 865 arrives, so stay tuned. Also, share this story with all the users who are curious to know more about the new processor.