Rimuru, after destroying the Farmus kingdom and killing so many people, is definitely under the Western saint church’s radar, but that doesn’t mean he doesn’t have friends standing for his support.

Gazel, Fuze, Elalude of their respective kingdom visit Tempest to set up allied ties between Tempest and their kingdoms. This is a huge deal for Rimuru to have allied with some important nations when he is in need.

That Time I Got Reincarnated as a Slime Chapter 75 Spoilers –

The chapter starts with Fuze visiting Tempest to help out Rimuru in war with Farmus; even Gazel arrived for the same after a while, but only to know that is already over and Rimuru took care of all the 20,000 soldiers alone. Gazel and Fuze couldn’t believe that Rimuru used them as a sacrifice to resurrect Shion and others, also becoming a Demon Lord in the process. Now that they know how powerful Rimuru has become, it will be an excellent opportunity for them to be his friend rather than foe. After a while, Sarion’s archduke Elalude appears; it seems he came there to check on his daughter Elen who is an adventurer and a friend of Rimuru.

They all want to build diplomatic ties between Tempest, Drawgon kingdom, Sorcerer’s Dynasty Sarion, and Blumund. Rimuru realizes he has made a lot of enemies, and now he needs allies to support him and his Kingdom. They discuss improving the infrastructure and military of their kingdoms in a way so that it will be beneficial for all. Even though Rimuru has become a demon, lord Gazel still trusts him. 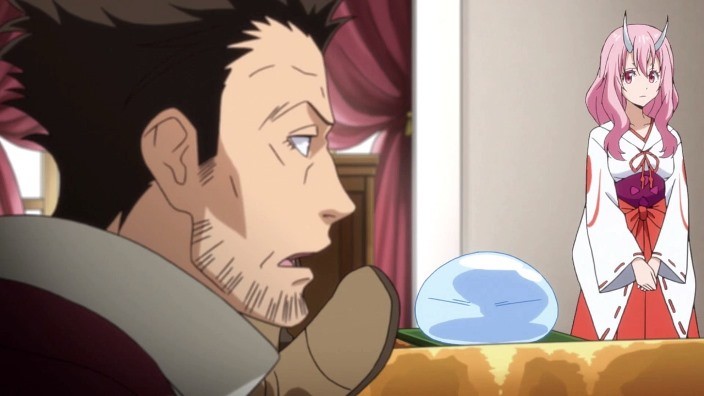 They realize that for Rimuru to appear as the right person among the people of all nations, he had to blame killing 20,000 soldiers on Veldora. Veldora even accepts this deal because he got nothing to gain and nothing to lose from this. Also, he is getting MangaManga to read, so good for him.

In upcoming chapters, we will see Fuze using his ties in the Farmus Kingdom will try to make Youm as the new King of the Farmus Kingdom. Walpurgis (Banquet for Demon Lords) is being prepared and by non-other than Demon Lord Clayman, whom we all know is plotting something against Rimuru using this. It will be interesting to see what that will be, and Rimuru and Veldora are going to handle that. In the last panel of this chapter, we saw two new characters, one is Guy Crimson, is known as the oldest of the Primordials and the first seat of the Octagramm, residing in the ice continent, and another one is Veldora’s sister. Will they be a friend or a foe to Rimuru? We will find out in the upcoming chapters. 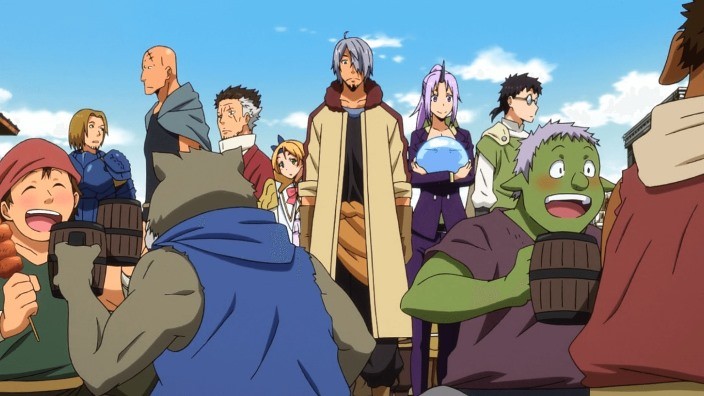 The usual release schedule for the Manga releases a new chapter on a span of 25-30days. Seeing the latest release of chapter 74 on the 30th of August 2020,  it will be another month at most before the next one is published. So Chapter 75 is more likely to be released by the 30th of September 2020.

So make sure you regularly visit our site for updates and schedule changes as we will be bringing you updates for when anything changes and every time a new chapter arrives.

You can read the latest chapter of The ‘That Time I Got Reincarnated as a Slime’ online as soon as they are released on official sources but in Japanese. The translation takes 2 days after the official release, and you can read the translated version on Mangafreak.net.