Now, Tecno has added a new smartphone on the website, and the Chinese OEM calls it Tecno Pova. They have not yet revealed this device’s launch date, but we do have a list of features and specs of this device. Tecno is marketing this device as a power giant, super-fast mobile. We also have information related to the design of the handset. Now, let’s take a closer look at the specifications of the handset.

Once you visit the official website, you will notice that the first thing on the top is a battery. The Tecno Pova possesses a gigantic 6000mAh non-removable battery. According to Tecno, this device gives you a long standby for 30 days, or continuous music playing for eight days, or you can call for 64 hours, or play games up to 20 hours. 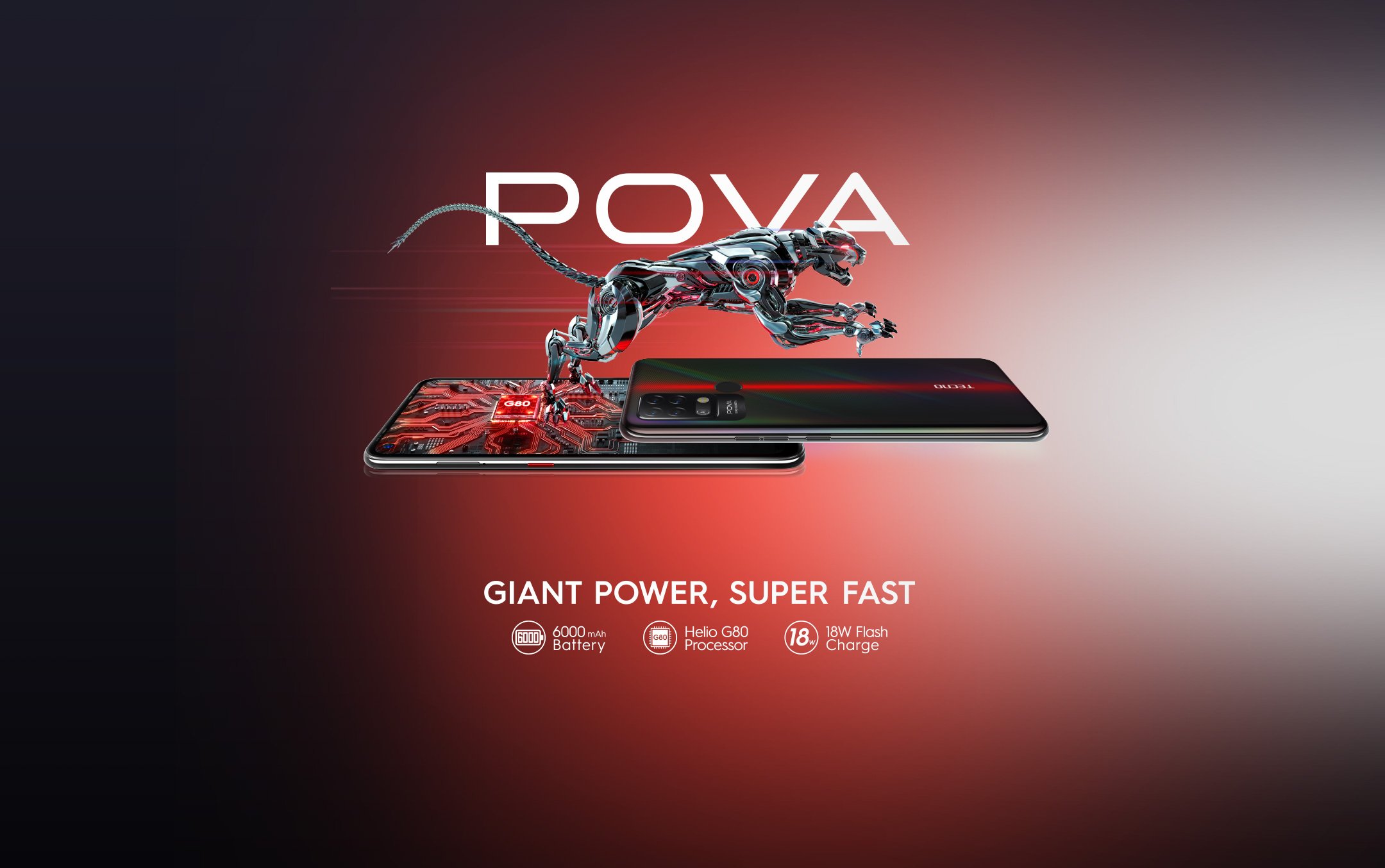 The smartphone is packed with an octa-core Helio G80 chipset with Hyper-Engine game technology. This smartphone is packed up by a high-speed 6GB and a 128GB of onboard storage, which gives you a larger space. If Tecno is to be believed this 128GB storage will allow you to store 30,000 photos or 23,000 songs or 300 games or 200 videos approximately. 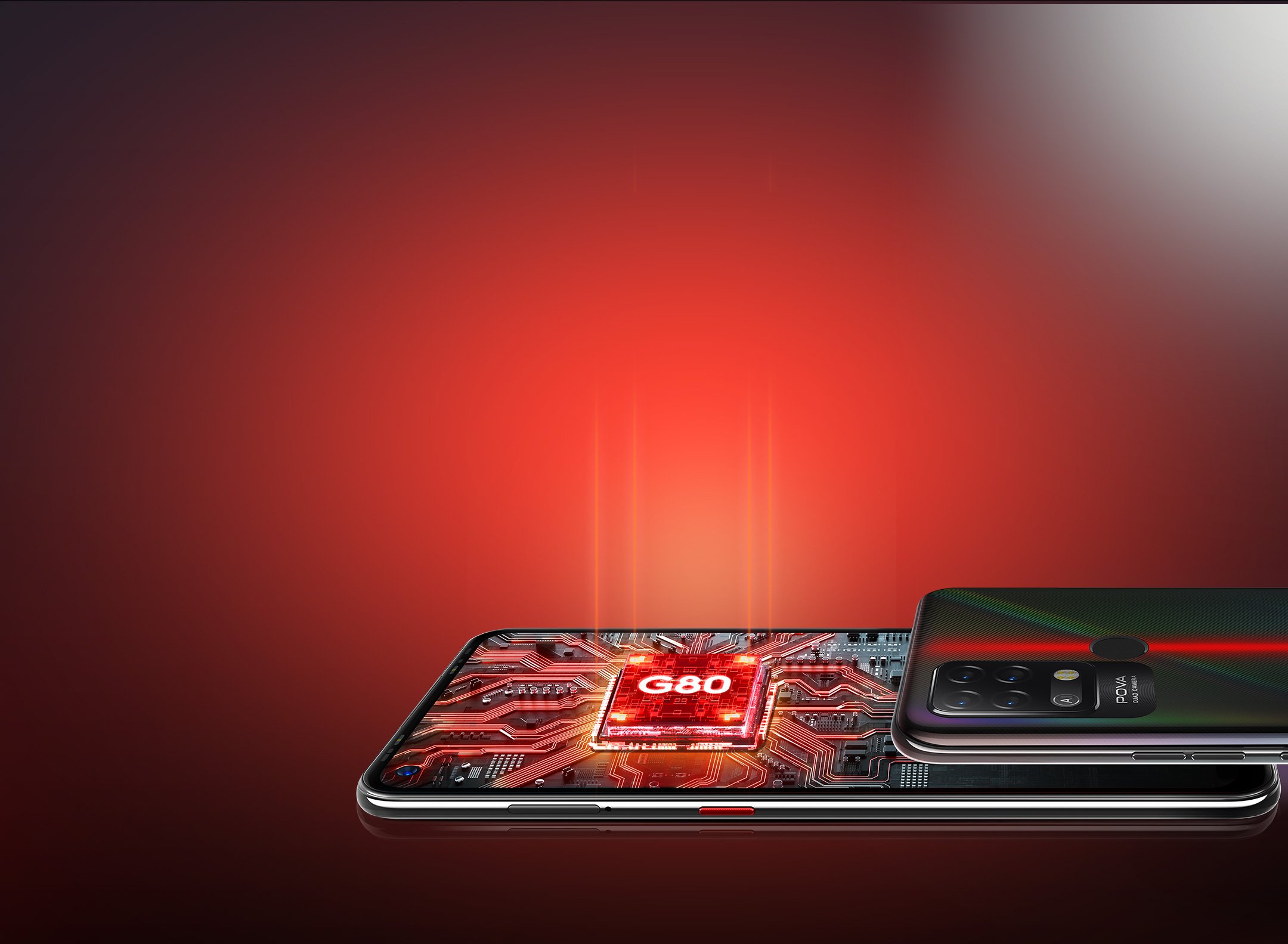 Other than that, the Chinese OEM confirmed that the Tecno Pova would launch with an 18W Dual IC Flash Charge. The Smartphone Manufacturer is touting it to be a “Speedier and Safer Power Recharging”. According to Tecno’s claim, you can call for 2.4 hours or play music for 20 hours only by charging for 10 minutes.

The Tecno Pova flaunts a 6.8″ HD+ display with a 480 nits brightness and a 90.4% screen aspect ratio with 264 PPI. This display setup is made to give you a bigger, clearer, brighter, wider display with rich detail and high color contrast. On the top-left corner, you can see an 8MP AI selfie camera and a dual front flash. This camera setup gives you a charming and natural selfie photos. 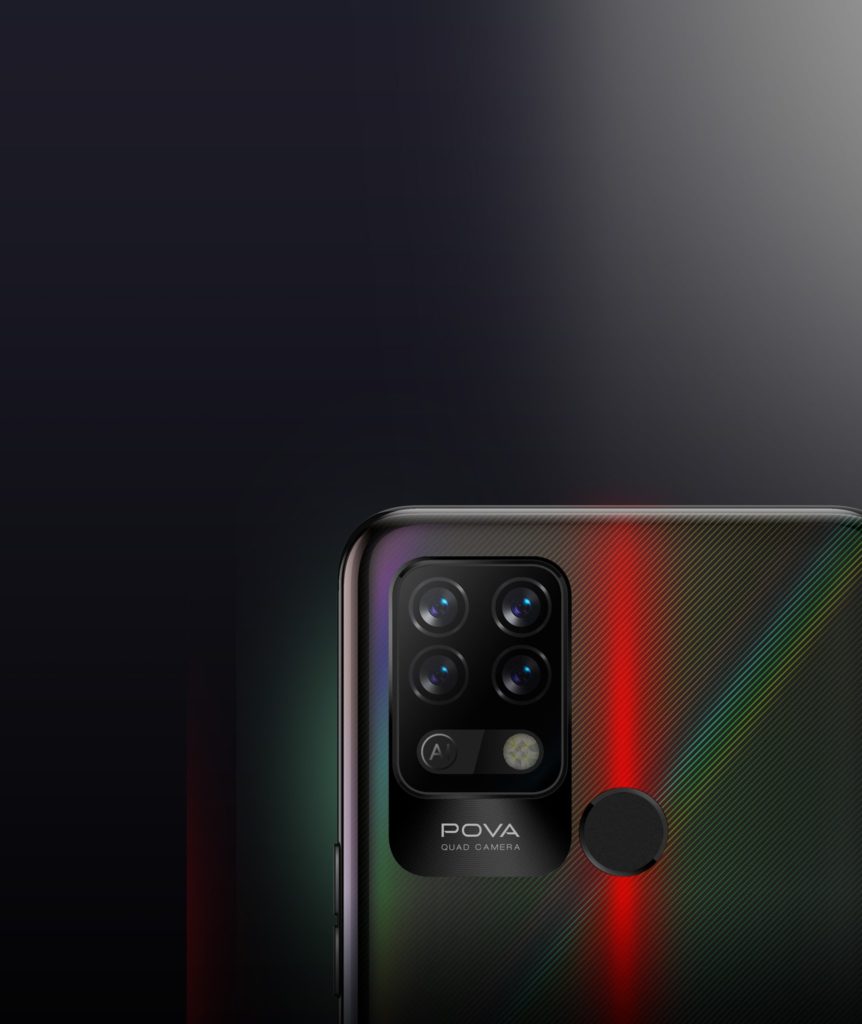 At the back, it sports a 13MP primary camera with an F/1.85 aperture. It also has a 2MP depth control lens, 2MP macro lens, and an additional AI lens with a quad-LED flashlight. You can also see a rear-mounted fingerprint scanner for security.

As of October 3, 5 PM, there are no details about the phone’s release date. Talking of the price of this handset,  for this too there is neither any official news nor any leaks. But, I assume that the Company might launch it on a unique festival, Diwali may be, and looking at the previous Tecno devices, this device may be priced around INR 11k – 12k. This device will compete with Narzo 20 and Poco M2.

We are constantly tracking news related to this phone & will update you with more information whenever it arrives. Follow our website to get technology updates as soon as we publish them.