Suicide Squad: Kill the Justice League is an upcoming action-adventure Arkham series video game from the developer studio, Rocksteady Studios, and publisher Warner Bros. Interactive Entertainment. This new Suicide Squad game is set in the same universe as the Arkham games and also, takes place after the events of the last game, Arkham Knight. Likewise, the game is similar in tone and visuals to the previous Arkham games. The upcoming game is a next-gen console exclusive, as a result, players who are on last-gen consoles are out of luck. It is coming out on various platforms such as Microsoft Windows, PlayStation 5, and Xbox Series X/S in 2022.

What type of a game is Suicide Squad: Kill the Justice League?

Suicide Squad: Kill the Justice League is a third-person action-adventure fighting/shooter game. Likewise, the game features a large-scale concept of a scenario where players have to take out the Justice League. The game features four playable characters as a member of the Suicide Squad. Therefore, each of the four playable characters has special powers, combat skills, playstyles and also, traversal abilities. The traversal abilities, in particular, are important & significant as players require them while exploring a dynamic, open-world Metropolis.

You can also check out a new trailer for the game here:

Coming to the main topic of this article, Suicide Squad: Kill the Justice League is one of the biggest upcoming games. Likewise, it also has a massive hype around it because of the fact that it is a continuation of the Arkham Series. Therefore, many fans are anticipating the game’s launch and also, if the game has a multiplayer mode. 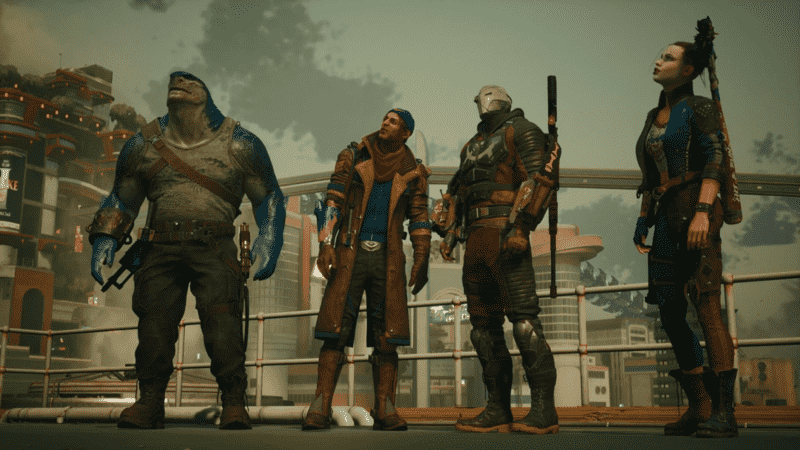 According to official information about the game, there is both singleplayer mode & multiplayer mode in the game. Therefore, players can play alone or with up to three people in co-op multiplayer. Likewise, players can also take on missions and enjoy the game in a solo experience with bots filling in the squad to fight alongside players. Additionally, players in the upcoming Suicide Squad game have the ability to freely jump between characters whenever they want.