Valve’s Steam is a video game content distribution service. In September 2003, it was published as a distinct software client as a tool for Valve to give automatic updates for their games, and it was later expanded to include games from third-party publishers. Steam provides services such as digital rights management (DRM), server hosting, video streaming, and social networking. Through its extensive use among people from all over the world, it has some errors. One of the errors that Steam has, is ‘Blank Icons Error’. If you are facing this error too and would like to resolve it, we have some solutions in this blog! 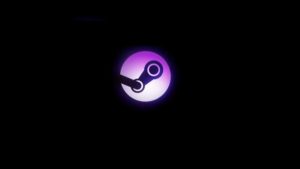 The Steam platform is the most popular digital distribution channel for PC games. Steam provides technologies such as digital rights management (DRM), server hosting, video streaming, and social networking. It also allows the user to install and automatically update games, as well as access to community services like friends lists and groups, cloud storage, and in-game voice and chat functions.

Steamworks is a widely available application programming interface (API) that developers can use to integrate several of Steam’s services into their products, such as in-game achievements, microtransactions, and support for user-created content via Steam Workshop.

Although it was initially designed for usage on Microsoft Windows, versions for macOS and Linux were eventually published. In the 2010s, mobile apps for iOS, Android, and Windows Phone were also released. Other content available on the platform includes design software, hardware, game soundtracks, anime, and films.

What is the ‘Blank Icons Error’ in Steam?

Many users are facing this error in Steam and it’s quite a frustrating one. The icons that you see inside of Steam, are blank and you cannot make out which application it is.

As of now, there is no patch update available for this error from Steam.

How to fix the ‘Blank Icons Error’ in Steam?

Here, we have mentioned some solutions for your error.

A simple shut down and restart to your PC could help in fixing this error in Steam. If that doesn’t seem to work, you can simply uninstall Steam and install it again. The saved data and games will not be lost, provided you have saved them in the library.

We hope these methods helped you fix the blank icon error in your Steam.

Dragon’s Dogma 2 is in works & will use RE engine

Dragon's Dogma 2 is in works & will use RE engine