Stardew Valley is an extremely popular life-simulator game on all major platforms that may seem like it’s been designed by an entire game studio for how in-depth and immersive it is, especially for a top-down game but in reality the entire game has been created and designed by Eric Barone, who is also known as Concerned Ape, the sole developer of the game, what began as a small project for Eric to help improve his portfolio for jobs turned into one of the most interesting titles to be released in the life-simulator, farming simulator, role-playing game genre and the many other genres this top-down pixel graphic game covers. Last year Stardew Valley players saw the release of one of the biggest updates for the game update 1.5 and since then many have to wonder when will the next big update be released, update 1.6 or will there be a new Stardew Valley game released? We will address all these questions with the information we have available at the moment.

Stardew Valley update 1.5 was released on December 21, 2020, and has been released for PC, Xbox, Switch, and PlayStation, all the platforms Stardew Valley is available on except mobile devices, this is where a huge issue with when “update 1.6” releasing comes into question, as update 1.5 is still being worked on by Concerned Ape to be ported for mobile devices.

As of July 6, 2021, Concerned Ape had published a blog on Stardew Valley’s official website, where he stated that update 1.5 is still being worked on for mobile devices and is trying his best to put the update out for mobile players as soon as possible. A link to read the blog is here. 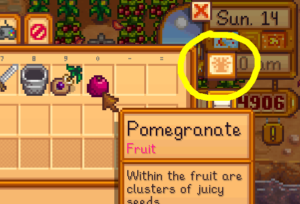 When will Stardew Valley Update 1.6 be released?

As we mentioned earlier, with update 1.5 still being worked on and absolutely no information hinting towards update 1.6, we can say it’s possible that ConcernedApe has not started working on the new update and is at the moment too caught up with ensuring the previous update is available to all players when asked about a new update in an interview, Eric stated that he is not committed to the idea of a new update after update 1.5, but this definitely does not mean that he is done with the Stardew Valley universe, and is sure that there will be a newer update or even a new title.

However at the moment, we cannot predict any date for a release of Update 1.6 as we aren’t sure whether there will be an “update 1.6” ever released, but if we have to make a guess in regards to when there will be a next release for the Stardew Valley universe then we would say it would definitely be soon after update 1.5 is released for mobile devices, which we cannot predict as to how long it’ll take since we have no background in porting games to new devices but Eric did state in his blog that he has found someone to help speed up the process.