by Anibrato Adhikari
in Entertainment, News
0

Star Trek: Picard is an American web TV series created for CBS All Access. It is the eighth series in the Star Trek franchise which shows the adventures of the character of Jean-Luc Picard. The show is set in the 24th Century, 20 years after the events of Star Trek: Nemesis. The role of Picard is played by Patrick Stewart.
The show premiered on January 23, 2020 and is supposed to air a total of 10 episodes in its first season.

Star Trek: Picard Season 1 Episode 5 will be aired on February 20, 2020. The title for the episode is “Stardust City Rag”.

Picard and his crew have finally zeroed in on Bruce Maddox and are on a covert mission to retrieve him. The team decides to go in wearing disguises and accomplish their mission but we see that there is some intuition that it might just be a trap into which Picard and his crew are entering into.

We get a hilarious glimpse as Picard’s disguise as Pirate Picard and we finally get to see more of Seven. So, will they be able to blend in? Will they get Bruce or will they fall right into a trap? All will be revealed when the episode comes out. So, stay tuned and enjoy. 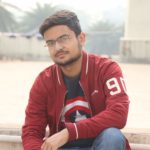