Stadium Browser (iOS) bug does not launch the game properly

Google Stadia is one of the best game streaming platforms available today. You can access the Stadia games on iOS with the Stadium Browser. It is a browser app that allows iOS users to play Stadia games without downloading. Users can log into their Google Stadia account and play games directly from their library. This browser works on any iOS device with iOS 14.0 or later, and also supports game controllers. 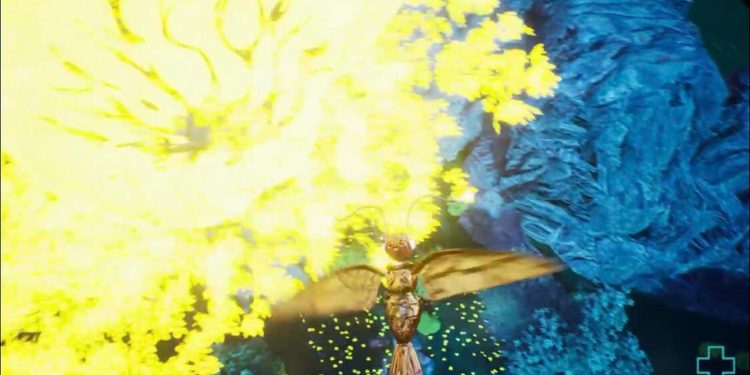 But, in the latest version, some users are facing several bugs while playing the game. A user BustyAsianBusStation posted the picture of the bug on the Stadia subreddit and also said that “Whenever I click on a game in my Stadia Library, I often see this show up instead of the game. It’s a video of this bug and it flaps its wings. The game does not start. Instead, I just see this bug. So far this has happened once with Red Dead Online, but I have since had success with Red Dead Online. I’ve also had success with Superhot Mind Control Delete. I tried to play Monster Boy tonight though, and I am unable to start it. All I can get is this bug every single time. So yes, it’s a bug in more ways than just one, with the new Stadium Full-Screen Browser on iOS. Has anyone else experienced this? Please help. Why does this happen? Thank you.”

Another user hatchespatches supported the user and said that “I had this happen to me today! It was for like 5 seconds then the regular game started. Glad to know I’m not crazy.” A screenshot of this post from Reddit is given below. 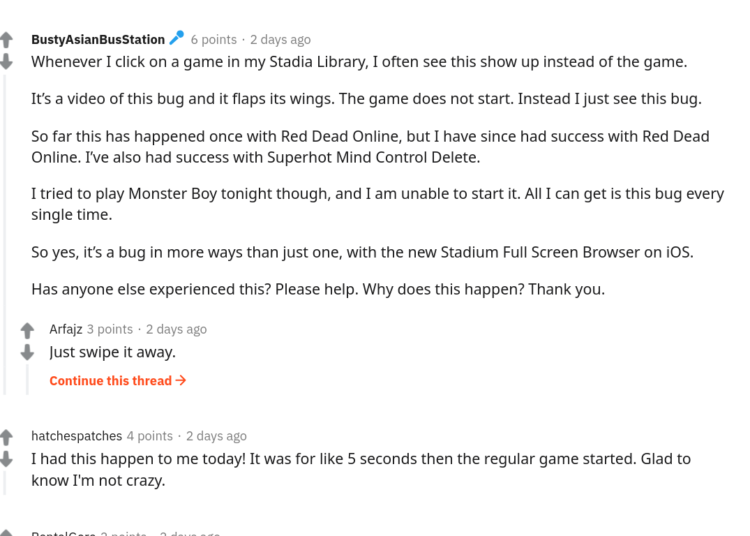 A similar issue occurred last month when the users were facing the same problem and now it is back. Google has not said anything about this bug yet. For now, we have to wait for the official information. But until then you can overcome this problem by a fix given by a user RentalGore, “Close the player by clicking the “X” in the corner. The game should load normally after. It happened to me quite frequently when switching games but never during gameplay.” 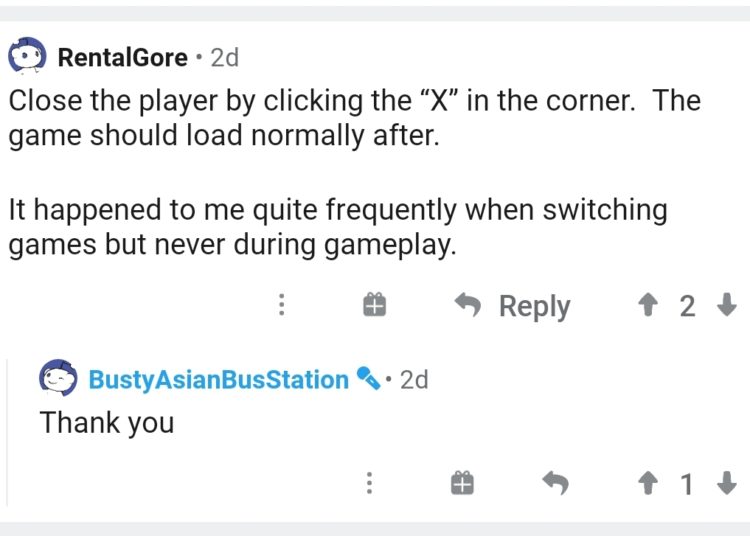