Spectrum TV DVR not deleting : How to fix it?

Spectrum TV is an over-the-top internet television service owned by Charter Communications. The service has been structured as a virtual multichannel video programming distributor and is available only to Charter Spectrum internet customers. Spectrum TV is an alternative to other competing OTT skinny bundles for cord cutters and offers a huge selection of major cable channels and on-demand content that can be played with Smart TVs, digital media players and mobile apps.

Devices that support Spectrum TV includes Apple TV, Samsung Smart TV, Xbox One, Xbox Series X/S, Chromecast, Android smartphones, Apple iOS devices, macOS and Windows. With Spectrum TV, you can access your complete TV lineup and around 50,000 on-demand shows and movies at the comfort of your home. You will be able to watch live TV, stream on-demand choices, set parental controls and also program your DVR whether you are at home or outside.

Spectrum TV provides a trimmed-down channel lineup and a lower monthly price in comparison to traditional cable TV plans. It has more number of popular cable channels to choose from than basic cable and also includes the best premium channel add-on. 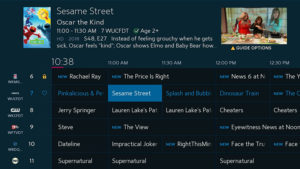 But recently an issue has been reported by Spectrum TV users. Spectrum Receiver has a built-in DVR which is a hard drive for recording and storing several hours of programs so you don’t have to worry about missing your favorite TV shows. Users have complained about the DVR saying that the box is not working properly and mainly it is unable to delete the recorded programs according to users’ choice that have been stored in the box.

A user further explained that he had set up to record new episodes of a series that is no longer making new episodes and he doesn’t have any saved recordings of the show and no new episodes are going to be made. But still the series has been listed in his recordings priority menu and whenever he tries to delete it, the box is unable to remove the same. A few other users said that they were able to delete a recorded program if they don’t want to watch it anymore but still the program appeared on the list. They repeated the same process for multiple times but still it remained the same. If you are facing the same kind of trouble with your Spectrum TV DVR, you can follow these steps to fix it by yourself –