Slime Rancher 2 is a wonderful game. Allowing the players to explore the new Rainbow Island and get themselves to mining and collecting Slimes once again is quite refreshing. The previous title in the series also had a similar idea more or less. The players of the series like the idea and are surely always eager for more. Developed by Monomi Park Studio and using the Unity engine, it is just an all-around perfect game. However, the game suffers from the lack of Map Markers which may prove important for the players. Let us take a look at whether Slime Rancher 2 has Map Markers available in the game story or is it something not given by the developers.

Slime Rancher 2 does a perfect job of taking its players on the journey of a planet that is not Earth. Rather, it takes its players on a faraway place to complete the mission of finding, hunting, and collecting Slimes. Slimes are of different colors, shapes, and sizes. The game however introduces the players to newer stuff along with the brand new location – Rainbow Island. The player in the game is provided with a map to traverse the new location and without it, the player would rather be in trouble. The actual problem arises when the player can not find certain places on the map. They are also unable to set custom way-points or Map Markers which make the traversal easier in other games. Due to this lack of Map Markers, many have raised their concerns. 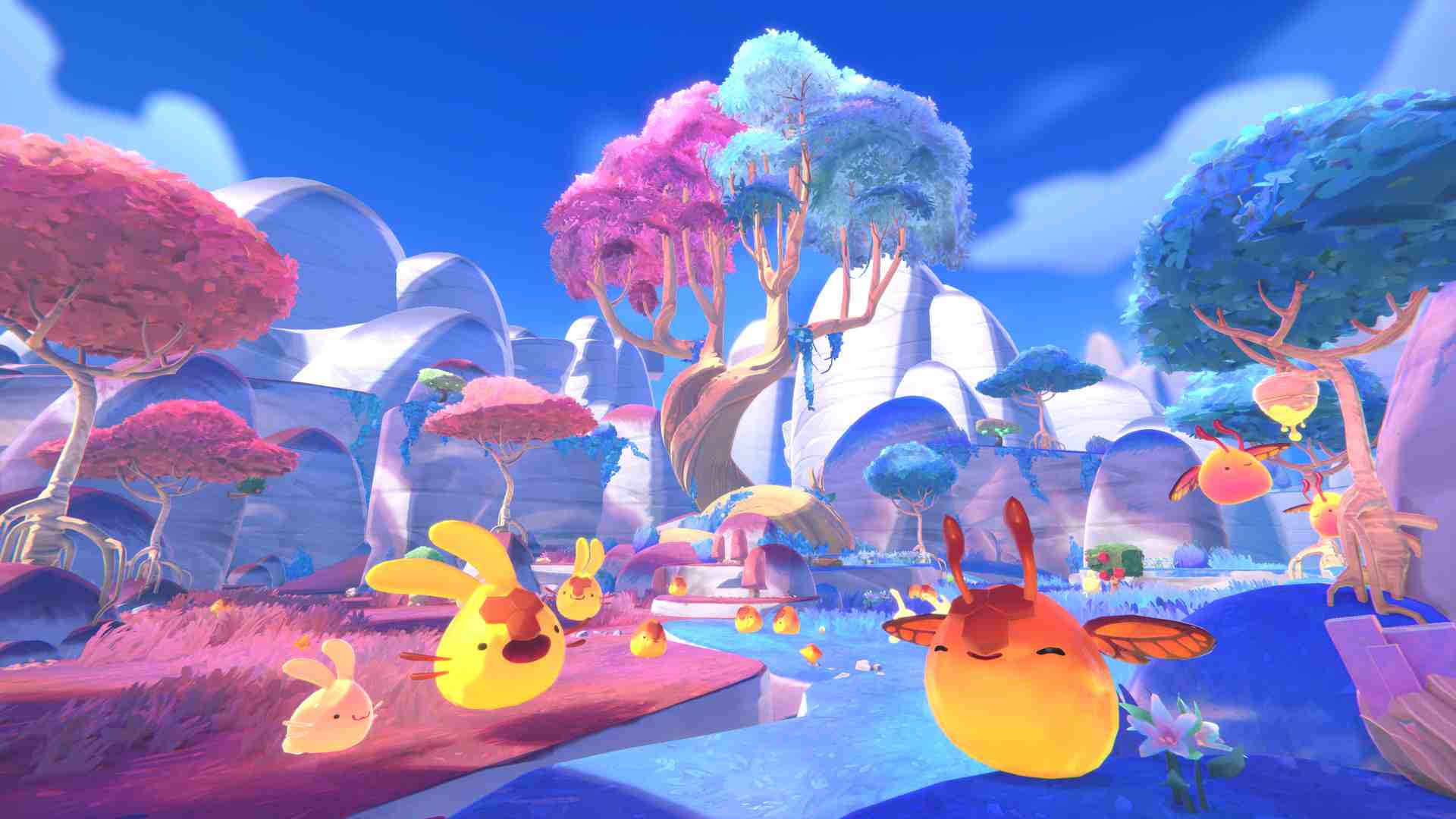 It is a no-brainer that Slime Rancher 2 players suffer from a lack of Map Markers in the game. The straightforward answer to be honest to the question “does Slime Rancher 2 have Map Markers?” is a simple no. The developers, due to reasons not stated, were not thoughtful enough to give players the ability to place Map Markers. The downside to the unavailability of the Map Markers is rather quite many. Not having any Map Markers in the game puts players in trouble like being unable to find the discovered Plort doors. The players have no way of figuring out if they visited the current or previous Plort doors and other locations. They have to rely solely on their memory.

It is indeed somewhat disappointing news for the fans of the series. Slime Rancher 2 is a wonderfully crafted game with properly constructed game mechanisms but some of the problems make it saddening. The beautiful game by Monomi Park Studios does have its charms here and there but this feature is a need, not a want. It serves as crucial to the story mode and overall gaming experience. Nonetheless, the game still offers some exciting experiences so fans can keep their hopes high for the future of the game. We hope you liked our article regarding the availability of Map Markers in the Slime Rancher 2. Be sure to visit Digistatement for more gaming-related solutions. Happy gaming!

Dead by Daylight X Among Us crossover Release Date: When is it coming out?

Dead by Daylight X Among Us crossover Release Date: When is it coming out?