Slime Rancher 2: How to get Ringtail Slimes

Slime Rancher 2 brings with it a lot of things, along with ol’ Slime Ranching of course. The first-person narrative with Beatrix Lebeau is back at it again and the fans of the series are already amazed. Now obviously being the second game, there are certain things like old Slimes that have made their way in Slime Rancher 2. But to level things up, there are newer entries in the mix. Surely there are Slimes like the Fire and Hunter Slimes but now there is also a Ringtail Slime. Let us carefully analyze and find out all kinds of information on how to get Ringtail Slimes in Slime Rancher 2. We will also look at their uses and what they mean in terms of value in the game.

First things first, how would you recognize a Ringtail Slime? You need not ask. The Ringtail Slimes have a brown/dark brown color combination and have a mischievous look on their face. It looks like they are always ready to cause a cumbersome amount of trouble. Sadly, this is also true. With the appearance resembling the face of a teddy bear or raccoon, they are nothing like them. These pesky creatures of the night are practically robbers and thieves. They come out at night and try to get away with as much as they can. The Ringtail Slimes are huge trouble because all they do is eat. Once they start eating, they will not stop. This often means that they wipe out entire farms before the sun rises. Fortunately, the morning keeps them away. 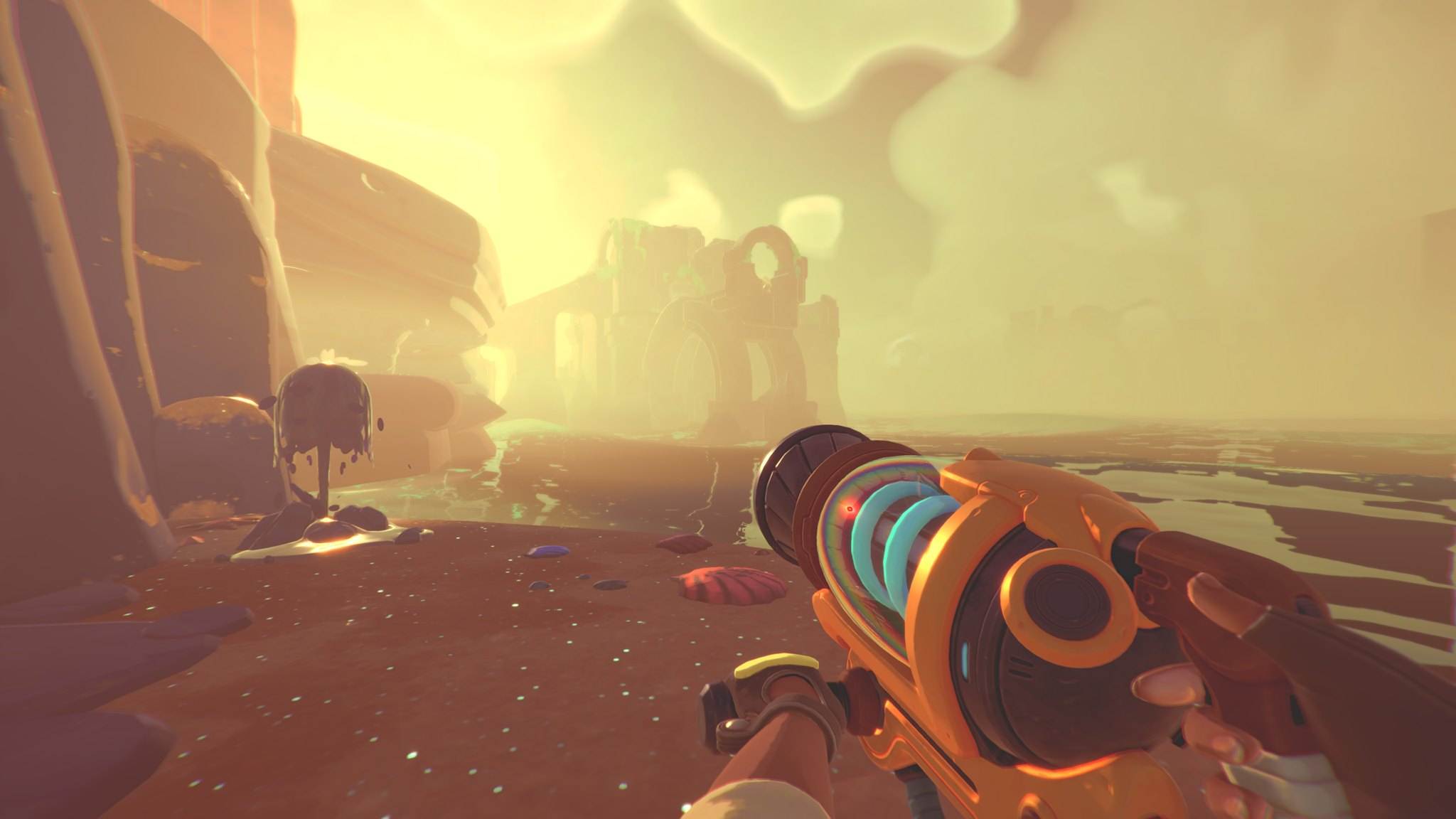 Slime Rancher 2: How to get Ringtail Slimes

Seeing the troubles discussed above, there is hardly any point to get these creatures. We do think that no one would want to have or get these Ringtail Slimes for themselves, but let us change perspectives and see. As we gave a hint of the fact that sunlight is the problem for these Slimes, let us go into detail. The problem with that is when the sun comes up, the Ringtail Slimes become a stone statue. And this is exactly the time to strike. Now even though they are statues, you still have to find these stony creatures. Fortunately for you, you have to head over to the Ember Valley where you will find these Ringtail Slimes in their statue form. From here, you can pick one up and carry it to your Homebase.

When you have the Slime for yourself, you can do what you like with it. What is important to note is that catching these Slimes at night is fruitless. They do wipe out farms at once, yes, but they do not give any useful Plorts in return. This means that the best time to catch them is in the morning. That is when they can be safely taken to your base and then raised properly. This will eventually lead to more benefits for them soon. Meanwhile, we hope you liked our article on how to get Ringtail Slimes in Slime Rancher 2. Be sure to visit Digistatement for more.

Slime Rancher 2: How to get Lava Dust

MultiVersus Easy Anti Cheat Error 30005 On PC: How to fix it

MultiVersus Easy Anti Cheat Error 30005 On PC: How to fix it