The first installment of the recently rebooted game, Samurai Shodown was released in 1993 as a part of the comparatively smaller genre of fighting games, Samurai Shodown was a side-scroller fighting game that didn’t have an emphasis on combos but rather powerful strikes which were not seen in the other games within the fighting genre. The 1993 version of the game was set in 18th century Japan and uses traditional instrumental music as well as a design aesthetic to match the century. Samurai Shodown went on to have multiple sequels released for it throughout the remaining part of the 20th century and steady releases for the game during the beginning of the 21st century. After 2008, the series had not received any new addition to it for 10 years, in 2019 a reboot of Samurai Shodown was released, for which Season 3 DLC characters have been released recently, many players have wondered when Season 4 will come or will it come? We will go through what we know regarding this in the article ahead.

The game has progressed from its original 2d side-scroller gameplay style to have a 3d fighting game and 2d plane combat system and is set in the year 1787, before the original Samurai Shodown was set in.

The most impressive feature in the rebooted version of Samurai Shodown is the artificial intelligence implemented, a player can create their own ghost who will observe and copy the player’s actions and fighting style, this can help players discover their weaknesses.

What was the Season 3 DLC?

Getting back on track, Samurai Shodown has had 3 DLC releases till now, all 3 include characters adding the total roster to 28 characters. The Season 3 DLC was released on March 16, 2021, alongside one of four characters, ChamCham, the younger sister of a powerful warrior residing in a village located in South America, her moves are difficult to counter due to their bold and reckless nature.

Hibiki Takane, released on April 28, 2021 as the second character from the 3rd season  DLC pack, was pulled into 1787 from her time period by dark forces, she has a timid personality, and cutting down opponent after opponent has a strain on her heart but an act she will carry out.

Shiro Tokisada Amakusa, released on June 14, 2021, and is the third character from the DLC pack for season 3, who met his death during a rebellion, his spirit wandered the underworld consumed by rage with a goal to one day get his revenge on the people who turned their backs on him and his shogunate, fortunate to him he was provided a deal to be reincarnated by a dark lord and now his single goal is to plunge the world into chaos.

With the DLC for season 3 finally being fully released as of August 19, players wonder whether there will be a season 4 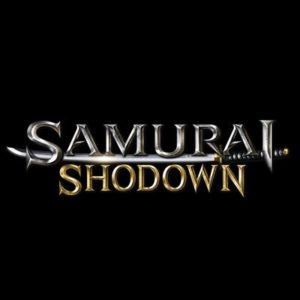 Before we start it should be stated that the official developer team has not made any announcement regarding a new season and on the basis of the past two seasons, it is evident that they release one season for each year, with season 2 being 2020 and season 3 2021, however, we cannot say for sure that they will release a new season.

Many fans of the series have speculated regarding a Samurai Shodown season 4, now that season 3 has come to a close with all four characters being released. Some say that it’s possible they are coming out with a new season due to the delay of another title that the developers of Samurai Shodown, SNK are working on.

However, at the same time, many fans state that the game has too many issues that have not been resolved such as “Netplay”, which is used for online matches, and the already tiny community has begun to shrink, added to that the other titles that SNK is working on are probably taking more time off their hands available to work on Samurai Shodown.

The future of the game is very uncertain at the moment due to many factors and all we can do is wait and hope that the developers don’t end or abandon the title.