In August this year, Microsoft announced its collaboration with Samsung. Together, these two companies have announced quite a lot of new features that brought their products close together. For example, Samsung handsets are fully supported by Windows 10’s “Your Phone App”, which allows the users to sync their Samsung Android devices to the Windows 10 PCs and share everything to PC including the notifications, photos, and users can also run Android apps on the desktop. And now, this collaboration has extended beyond the Samsung device support on Windows 10 with a new “Samsung Reminder” update.

Samsung Reminder now supports syncing with Microsoft To Do pic.twitter.com/RxG1I3E6Td 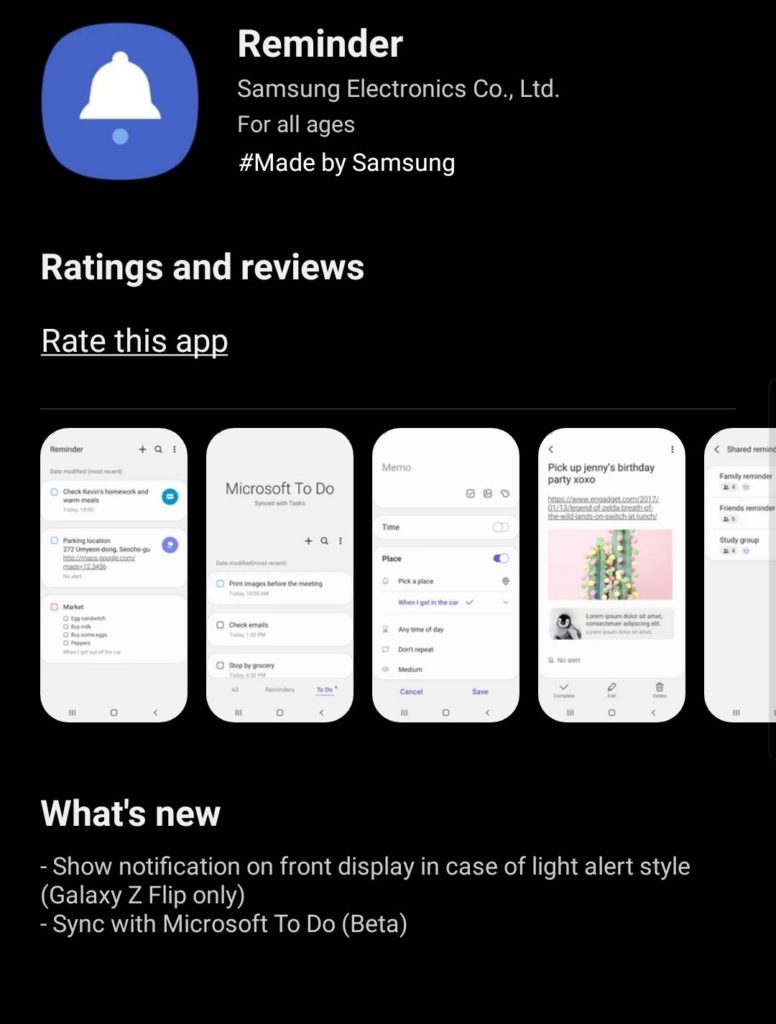 Similar to Google’s Tasks app, Microsoft To-Do app is also a personal task management app. With this app, users can add a set of to-do tasks in the app and focus on what they need to complete the task. This is a free app and it can be accessed from the web, Windows, iOS, and Android.

We are continuously tracking reports related to Samsung and OneUI & will update you with more information whenever it arrives, so stay tuned! Follow our website to get technology updates as soon as we publish them. You can also download this new Samsung Reminder app from the link below which has been fetched from Apk Mirror.