Samsung has always pushed limit of mobile technology and set the standard for what the smartphone can – and should – be. Samsung launched the latest One UI 3.0 earlier this year on August with the Galaxy S20 series. Though the update is still not available in stable mode for many devices, Samsung is planning to launch its new UI in other smartphones too.

Talking about the One UI 3.0, it is based on Android 11 and has some major improvements and optimizations in home screen, lock screen, Always on Display (AOD), camera and many more. It also has some newly added features like Quick panel, Samsung Dex, Digital wellbeing and parental controls, etc

As per the reports on Samsung’s community forums, The beta version of UI 3.0 is expected to arrive soon for the Samsung’s latest foldable devices-the Galaxy Z Fold 2 and Galaxy Z Flip 5G. Both devices come with powerful Snapdragon 865 plus chipset running on Android 10. With 7+ inches folding super AMOLED display, these devices are definitely a good choice for foldable phone lovers. 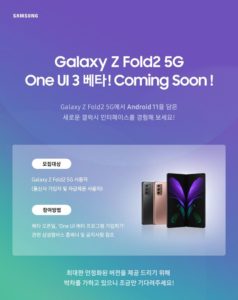 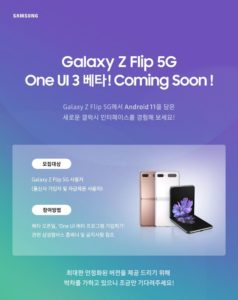 Along with these devices, the company is also planning to introduce UI 3.0 to older flagships model -the Galaxy S10 series and the Galaxy Note 10 series which was launched by the company last year on March and August respectively. They are powered by Samsung Exynos octa core processor running on Android 9. 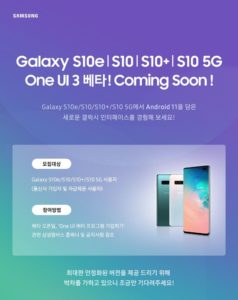 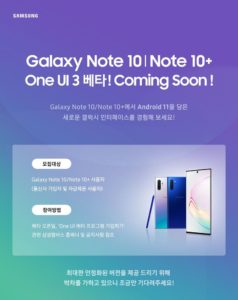 The exact date is not mentioned in the post but we can expect the rollout sometime in coming weeks. Once the update is available for these devices, you will be able to see a notification popping out in the Samsung Members app. To enroll for beta update, you need to tap and register for the same. The process will take a minute or two and after that you will receive the latest one UI 3.0 update on your device.