Samsung’s history clearly explains why it is one of the best existing brands to date. Samsung was formed in 1938 combining 80 other different businesses. Samsung Electronics has a total of 3,70,000 employees, the highest in comparison to any other electronics company. Now you know how the best of products are delivered by the brand!

Taking innovation to another level, The Samsung Galaxy Z Flip fits right in your pocket in the size of a wallet. The device was released on February 14, 2020, for a cost of $1679. The device is available in Mirror Black, Mirror Purple, Mirror Gold colors and Thom Browne Edition. 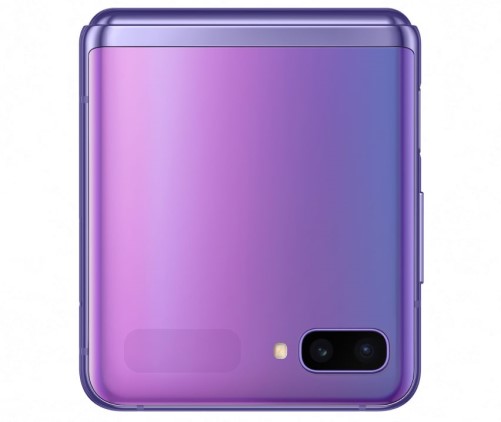 The Z Flip phone takes away a lot of necessary factors but gives in hand a compact smartphone. The device is equipped with a dual-camera setup at the rear end where 12MP is the primary sensor and another 12MP for depth. The front camera is a 10MP selfie shooter. The screen size is a 6.7-inch massive display but again, folds to the smallest dimension one could expect a smartphone to be.

The Samsung Z Flip rocks a Snapdragon 855+ which is the smoothest in the game right now. The device is available in only one variant- 8GB RAM with 256GB ROM. With a not-so-sufficient 3300mAH battery, this model comes with a pre-installed Android 10 OS.

The most famous promotion of the Samsung company for their Samsung Galaxy Z Flip was- Glass. But foldable. The brand claims that the display of the Flip phone is made of an Ultra-thin glass display that can fold without cracking. But the question is, how do we believe that?

We’ve all heard Hall of Fame but do you know what’s Wall of Shame? Zack Nelson has taken the YouTube platform to experiment with the durability of different electronic gadgets, mostly smartphones, under the channel name of JerryRigEverything. Recently, he tested the durability of Samsung Galaxy Z Flip and all that we now know is that the display screen of the Flip phone is not really glass.

While pulling off a durability test on the screen of the Flip phone by his usual method, the phone started picking up scratches at a “level 2”, whereas glass picks up grooves at a “level 6” and deeper grooves at “level 7”. Moving forward, Zack throws a statement of the display not really being made of glass if it cannot withstand gentle wipes across a screen, probably those made accidentally by nails.

Samsung officially responded by stating the following lines after the video was released and a lot of people.

Be it glass or not, the smartphone has proved to be prone to even gentle scratches that can be made accidentally by you, so de keep in mind the instructions that Samsung has asked us to follow. One of them is to be very gentle (avoid tapping or exposure to harsh surfaces) with the screen of the Flip phone.

Rest assured, stay tuned to receive more updates and also share this article with all the Flip phone users to help them be aware of the sensitivity.