by Rajveer Tuteja
in Samsung, Technology

Samsung launched the One UI in 2018, after facing much heat due to the TouchWiz OS which was very slow even on the best hardware available at the time. The One UI was a complete reimagination of software for the Samsung phones. The company developed the software from the scratch to adapt to larger screen phones which have become the new normal now. Samsung has been consistent with the updates to the UI. Samsung released the beta of One UI 3.0 a few months back based on Android 11.

Although, Samsung is not really famous for updating their phones to the latest Android version quickly. The company seems to changing for the better. Users from Switzerland have started to receive the One UI 3.0 or you could say the Android 11 update for their Samsung Galaxy S10E and S10 5G. Just to remind you, the S10 series was launched around two years ago. Nevertheless, the regular S10 and S10 Plus should also receive the update soon. 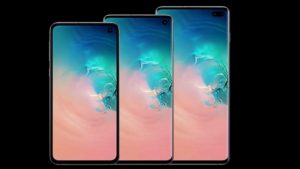