Geekbench score and other details included

Samsung is a pioneer brand, but nothing seems old about what they do. From their transition to the modern world of electronic devices to their innovative steps to reach the top, it all seems like an emerging phoenix making its spot. But fun fact is, Samsung has struck around since 1938. The fan-base and popularity are so immense that the brand never seems to fit out of the trend. Samsung has been experimenting a bit lately. Be it the foldable phones or the foldable glass in the phones; it seems like Samsung is the trendsetter for a while.

Samsung Galaxy Note 20 is the upcoming device from the brand. The lockdown did put a halt to various device launches and leaks but not anymore! It seems like Samsung is all set to release its premium device as it is spotted in Geekbench.

Starting with the display, it has been rumored that this device will come with a massive 6.9-inches display. the resolution of this screen would most likely be 3200 x 1440 pixels. The Note 20 will boot on the latest Android 10 OS with One UI (most probably). There have also been rumors that we will get to see an exceptional 5000 mAh battery. There have also been a couple of leaked images that are now believed to be the official ones, as given below. 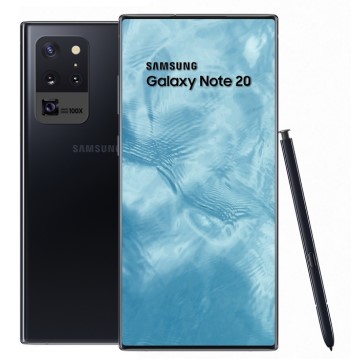 Talking about the Geekbench details, it has been confirmed that the Note 20 be powered by Snapdragon 865 chipset. With an octa-core processor, sdm865 lettered in the image is what that conveys this news. Galaxy Note 20 has received a single-core score of 950. The multi-core score of the device is 3120 and the leak has been confirmed to be legitimate. The frequency clock has been mentioned to be 2.84 Gz with 8 cores.

Samsung Galaxy Note 20 will rock an 8GB RAM model as the base variant. Rumors have been struck around that 128GB is the storage the device will be equipping. The Note 20 will rock a quad-camera setup at the rear with dual flash. The front end has a clean display- no notch, not punch hole setup, no bezels or maybe a bit!). All that we know so far is that the rear camera will support 100x zoom and the base variant will start with a whopping price tag.

With the very sight of it, one could tell that Note 20 is very similar to Note 10. It is obvious that one is the predecessor of another and being identical is not of a big deal. But the selfie camera setup is what that will differ the both variedly. The rear panel seems to be of the same composition from the leaked images. New buyers will not have much of an advanced device overall unless Samsung boosts up the performance and hits the marl.

There are no official details about the release date of this device. But there’s a catch. Recently, while announcing about the Galaxy Fold 2, there hints about the Note 20 launch was dropped.

As you can see in the image above, we can expect the device to be officially launched in the month of July 2020.

Rest assured, we will update this article when we receive further information about Samsung Galaxy Note 20, so stay tuned. Also, share this article with all those who are waiting for this device!