Samsung is on a roll as the products from the brand are now considered unmatchable. Especially since the time officials announced that select devices and upcoming smartphones from the brand will be receiving three major OS updates based on Android OS, the audience is finding it hard to refuse to buy a Samsung smartphone. Samsung is currently promoting around 7 devices including the S20 Fan Edition, Galaxy Buds, and Galaxy Watch 3. Above all, it is a festive month and Samsung is planning freat offers out. So do not forget to keep track of their Twitter account and website!

Now talking about this year’s launch, Samsung released some of the finest devices including the top favorite Samsung Galaxy M51. The device was released on September 11, 2020, with OneUI 2.5 out-of-the-box. A couple of months down the line and here we are with a new update for this OS.

OneUI 2.5 is based on Android 10 OS. A new update has started rolling out based on OneUI 2.5 itself, with build number M515FXXU1BTK4. This update is only available via OTA and is rolling out since December 1, 2020. The file size of this update is 962.64 MB. 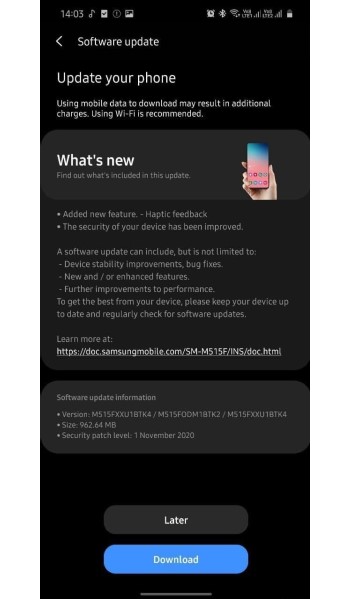 OneUI 2.5 update is not all about this latest build. This latest update also brings the November 2020 security patch update for Samsung Galaxy M51 users. Here is another image after updating the Galaxy M51- 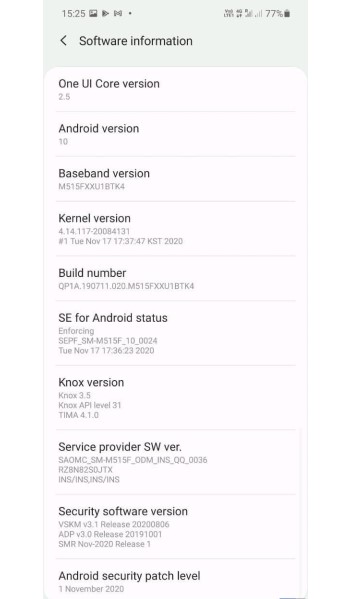 This update brings a lot of bug fixes and focuses on system stability. But above all, this update brings an AI-based app inside the Secure Folder called Content Suggestions. Here’s a screenshot of this latest feature from a Galaxy M51 device- 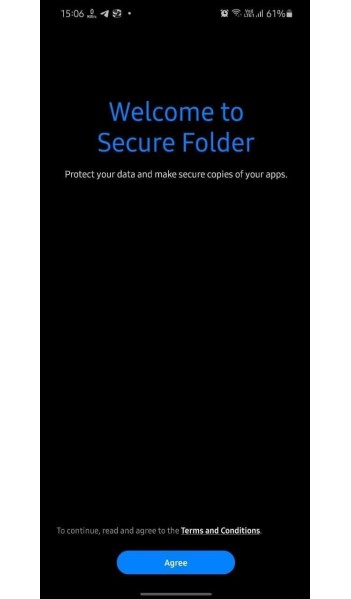