Before the existence of Samsung‘s popular mid-range M series of smartphones, the J series was the go-to. Back then, Samsung brought a lot of mid-range and budget devices with the J series. Well, the Galaxy J6 and the J8 along with their plus versions are the last smartphones from the J series lineup. The good news is Samsung is now rolling out the June 2020 security update for the good old Galaxy J6. Seems like Samsung hasn’t yet totally forgotten about their old mid-range devices. 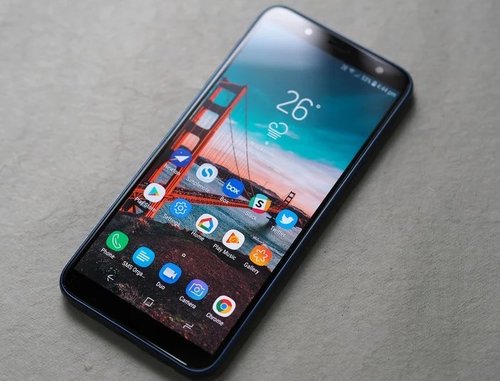 So, the Galaxy J6 is a beautiful compact smartphone that came back in 2018 with Android Oreo out of the box. A few days back, J6 units in India got updated to the much-awaited Android 10. The update was already live in various other regions from months ago. Now, the OEM is rolling out the June 2020 update for the Galaxy J6. However, we don’t yet know if the Galaxy On6 is receiving the update as well.

Both the devices are exactly the same but with different monikers. Taking that in mind and considering the fact that Samsung rolled out Android 10 to both of them at once, it actually makes sense to say the On6 units might as well be receiving the June 2020 update. However, we don’t have any concrete information regarding that as of now.

Talking more about the update, we don’t get to see anything new other than the June 2020 security patch itself. Apart from that, we do get to see a few bug fixes and various system optimizations. The stability of the camera has also been improved. Overall, the update has made the experience better and smoother than earlier. Some users have already received the June update and we expect more units to join the league soon. The OTA update might take some time before it actually becomes available for all the units globally.

Android 10 marks the second major OS upgrade for the device. We won’t be seeing Android 11 making it to the Galaxy J6. However, the device will still continue to receive monthly security updates for two more years to come. If you haven’t yet received the latest June update for the device, it might be available for you in a few days. Until then, stay tuned for further information regarding Galaxy J6 June 2020 update.