Samsung is a pioneering device that has taken innovation and creativity to its peak. Officially registered in 1938, this company has struck around for decades together, and with its controversies, we can now boldly state that Samsung is one of the best tech brands across the globe. From curved display to flip phones to foldable phones, is there something that fears Samsung? Regardless of how successful or unsuccessful Samsung has been with the launch of its innovative devices, the experiment deserves all the appreciation in the world.

Samsung Galaxy Fold is a super-premium, innovative device from the brand that released in February 2020. This device costs around 1389 EUR and is available in Space Silver, Cosmos Black, Martian Green, and Astro Blue colors. 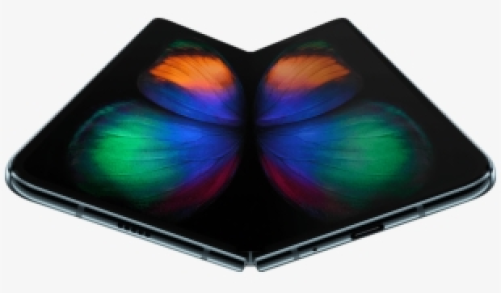 As you can see, the Galaxy Fold rocks all the latest features but with a catch. As the names say it all, this device is a foldable device whose dimensions you can read in the table given above. Galaxy Fold is available only in one variant- 512GB with 12GB RAM. This device is powered by one of the best chipsets- Snapdragon 855. The Galaxy Fold comes with an Android OS 9 out-of-the-box. 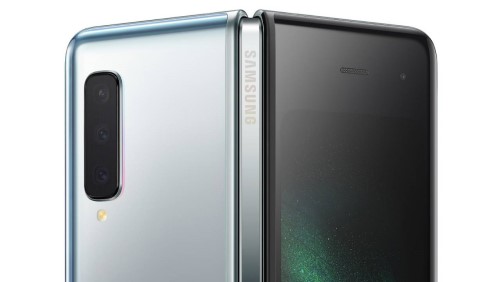 Samsung Galaxy Fold is equipped with a triple camera setup at the rear end where 12MP is the primary sensor; another 12MP is for telephoto, and 16MP is for ultra-wide capture. The front camera is a generous dual camera setup where 10MP is the primary camera, and 8MP is for depth. As always, this device from Samsung is reviewed to rock fantastic camera detailing and quality. A 4380mAh battery fuels the Galaxy Fold. 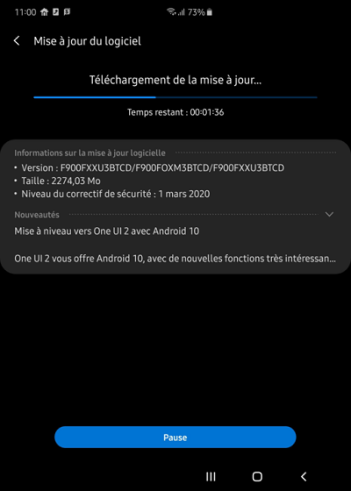 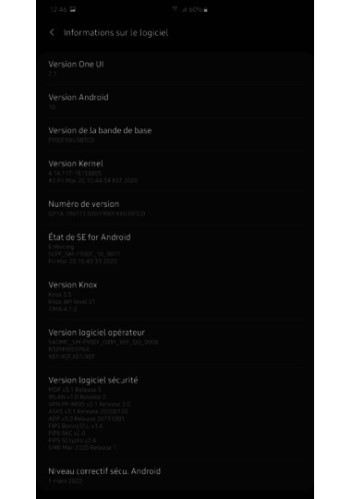 AS you can see in the image, the update has started hitting the Galaxy Fold devices. As per reports, the update is available for our folks living in Germany and Switzerland. With time, we can expect the OneUI 2.1 to hit all the other users across the globe.

Rest assured, we will update the article if we receive further news about the Android 10 update (OneUI 2.1) for Samsung Galaxy Fold, so stay tuned. Also, share this article with all those who were waiting for this update!