Get Latest Gcam mods for Samsung Galaxy A70, A70s

Samsung is one of those brands which has always been on the top lists from the very beginning. Samsung manufactures some of the most stunning and beautiful devices available out there. The Korean based company has always blown the minds of people across the globe with its stunning devices. Every now and then we come across numerous high-end flagships from Samsung. However, Samsung is not behind in the budget sector as well. Samsung also offers a lot of mid-range devices with some of the best available specs for the price point. The Galaxy A70 and the A70s are two of the best devices from the Galaxy A-Series lineup. The Galaxy A70 was launched back in April 2019 while the A70s launched in September 2019.

Both the Galaxy A70 and the A70s sport a beautiful and huge 6.7-inch 1080p Super AMOLED Display. These devices look completely similar and also have the same specs apart from the rear camera setup. The devices are powered by the mid-range Qualcomm SDM675 Snapdragon 675 chipset. They offer up to 8 GB of RAM and up to 128 GB of storage. The smartphones run on Android 9 out of the box with OneUI on top. The devices are powered by a massive 4500 mAh battery with support for 25W Fast Charging. 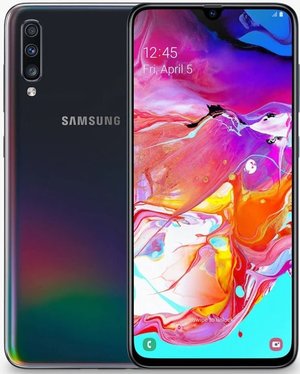 The latest Google Camera mod for the Samsung Galaxy A70 and the A70s boosts the performance of the image sensors along with the capability of the camera hardware and does an extremely great task in producing better images than the stock camera app. You can download the gcam apk from the link given below.

First of all, you need to download the working Google Camera APK for Samsung Galaxy A70/A70s. You can download the APK using the link mentioned below.

After installing the Gcam on the Galaxy A70/A70s. Open the Google Camera app.

There you go Folks, you have now google camera rocking on your Samsung Galaxy A70/A70s. Enjoy taking some stunning shots.