The first Ryzen Chromebook is here!!

It’s almost been quite some time since AMD brought its latest Ryzen 4000 series mobile chipsets. These processors have been breaking records and beating many of Intel’s chipsets in the showdown. There was a time not many of us chose AMD notebooks over the Intel’s variant. Well, things are changing now, all thanks to the powerful Ryzen 4000 cards. Now, we have a bunch of new AMD laptops in the market available with the latest Ryzen processors. What’s even more interesting is that even gaming laptops are using these chipsets and providing great performance at a more compact form factor.

However, there were no signs of any Chromebook with the latest Ryzen chipsets until now. Well, now we have something interesting, coming in front of us. 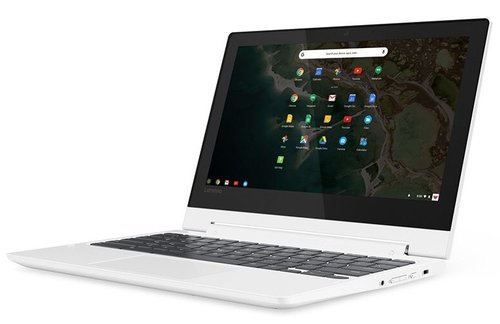 In case you don’t know, a Chromebook is nothing but a notebook or laptop with Google’s Chrome OS as its operating system. Hence the name, Chromebook. Now we have come across an all-new Chromebook from Lenovo. Well, it’s not just any other Chromebook out there. It is indeed the first Chromebook with the Ryzen series chipset.

The leaks don’t just come from some tipster but from AMD itself. Yes, you heard it. AMD has leaked this brand new Lenovo Chromebook on its official website. The Chromebook is present in the listings under the Shop AMD powered laptops section of the website. It clearly mentions the specs of the Chromebook along with the AMD Ryzen 5 PRO 3500U mobile chipset. This is going to power this latest Chromebook by Lenovo. There has still not been any official thing by Lenovo. 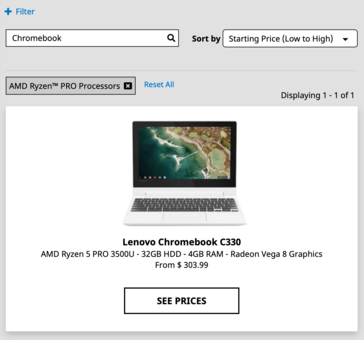 AMD has leaked all the specs of the Lenovo C330 Chromebook on its website. This variant comes with a Ryzen 5 PRO 3500U mobile chipset. It further comes with 4 GB of RAM and 32 GB HDD. It flaunts an 11.6-inch display. Talking about the processor, it comes with a total of 12 compute cores including 4 CPU cores and 8 GPU cores. You can check all the specs from the image given below. This is the image from the listings on the official AMD website. 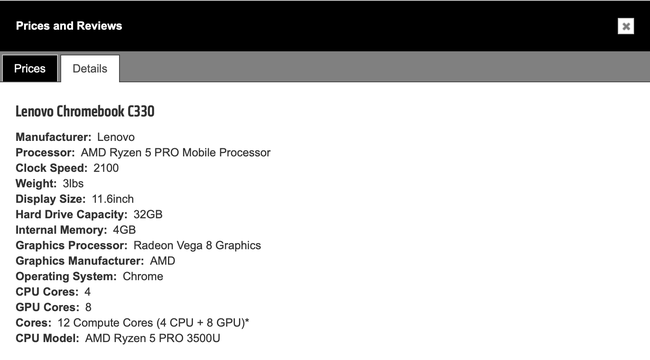 The Chromebook is officially available for purchase through AMD’s website. It costs $303.99 dollars. So, if you want to get your hands on this first Ryzen powered Chromebook by Lenovo, go grab it.

Stay tuned for further updates on the Lenovo C330 Chromebook and more such related content. Also, share this article with all those people who always wanted to have a Ryzen Chromebook.