Nvidia has revealed its latest line of high-end graphics cards, the GeForce RTX 3000 series, and to keep it short, it is a wonderful time to be a Team Green fan. The cards revealed were the RTX 3070, RTX 3080 and RTX 3090. All the cards RTX 3000 cards revealed are more powerful than last year’s flagship RTX 2080Ti. This means that the RTX 3070 is more powerful than the RTX 2080Ti while costing less than half of it.

The RTX 3080 is the most balanced of the bunch with respect to power and performance. According to Nvidia, it is twice as powerful as the RTX 2080Ti (while still being much cheaper). So, if you have been looking to upgrade, now seems like a fairly good time to do so. The RTX 3090 is obviously the most powerful, with Nvidia calling it the “BFGPU”.

The one thing Nvidia did not talk about was the Nvidia RTX 3060. But that does not mean that they never plan to release the RTX 3060. Rumours are abound that we can expect the RTX 3060 around November. 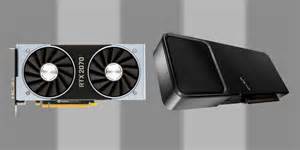 And today leaker kopite7kimi, who had predicted the RTX 30-series specs correctly ahead of launch, has shared more information about the GeForce RTX 3060 Ti/SUPER model. This graphics card would probably feature GA104-200 GPU with 4864 CUDA cores. That is 1024 CUDA cores less than the RTX 3070. He also predicts that we will soon be getting the 3070 Super or Ti version soon.

If you want to read about this in more detail, you can do that here.