Roller Champions came out on 25th May 2022. Are you looking for a free-to-play, exceptionally attractive visually aesthetic game to completely lose yourself in? Well, let’s end your curiosity right here, with this astounding game that comes from the devs at Ubisoft.  Ubisoft presents you with Roller Champions a free-to-play game that can be enjoyed on multiple platforms. If you are a fan of skating or just want a game that’s similar to Rocket League in its premise then you will be spending an insane amount of time with this title.

The game is mainly designed around the boundaries of paced-skating action. Now, who isn’t fond of a full-packed gaming structure? It’s a no-brainer that action-driven games are the life of the party, and Roller Champions is no exception. The main objective is to score goals while skating around a ring that has other players in it. You can do a lot of cool stuff with your friends by using the game’s multiplayer element. 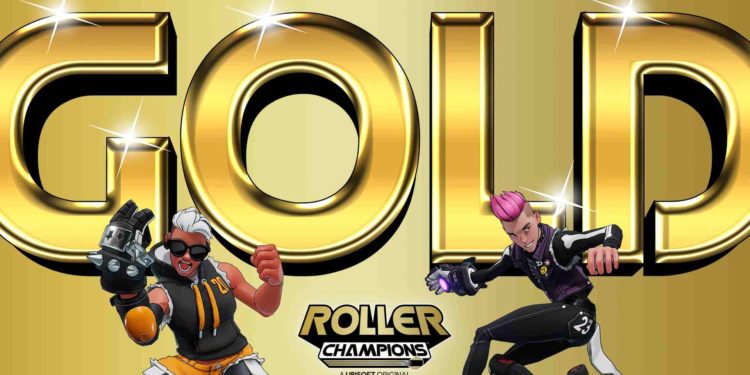 The game helps users to engage and tap around unique and thrilling action-oriented features involving double leaping, tackling opponents, also, playing tag with an aim to score top-notch goals. What more does a gamer desire?  Well, gamers desire the opportunity to be able to play this game on their mobiles. And, after the annoyingly long wait that we had to endure for an official release on official platforms, a mobile release is the most anticipated topic right now.

After the success that this game enjoyed during its early access phase, the devs made plans for a multiplatform release. And when we say multiplatform we mean exactly that. The devs have plans to release this piece of art on the Stadia. Yes, the cloud-gaming service from Google that went away as quietly as it arrived. Apart from Stadia, the game will also be released on The Nintendo Switch along with Android and iOS devices. Now, as for the actual release date of the game on the mentioned platforms, well, we don’t have one, not yet at least. The game has just recently launched on Consoles and PC. So, even though a mobile version has been confirmed, it’s probably going to be a long time before we actually get to see it.

That’s currently all the information we have on this topic. Visit Digistatement for more informative articles like this one. Thank you for reading!