Rocket League World Championship has been postponed due to server issues. From the past three hours, Rocket League servers are having technical difficulties & issues.

Rocket League Esports official Twitter handle has tweeted a statement regarding the ongoing server outage & has confirmed that RLCS matches are postponed. Here’s what the official tweet says :

Today’s RLCS matches have been postponed and will be moved to a later date. We understand that this is frustrating, but we feel it is in the best interest of competitive integrity to move them rather than attempt to play them out.

We apologize and we’ll have more updates soon. 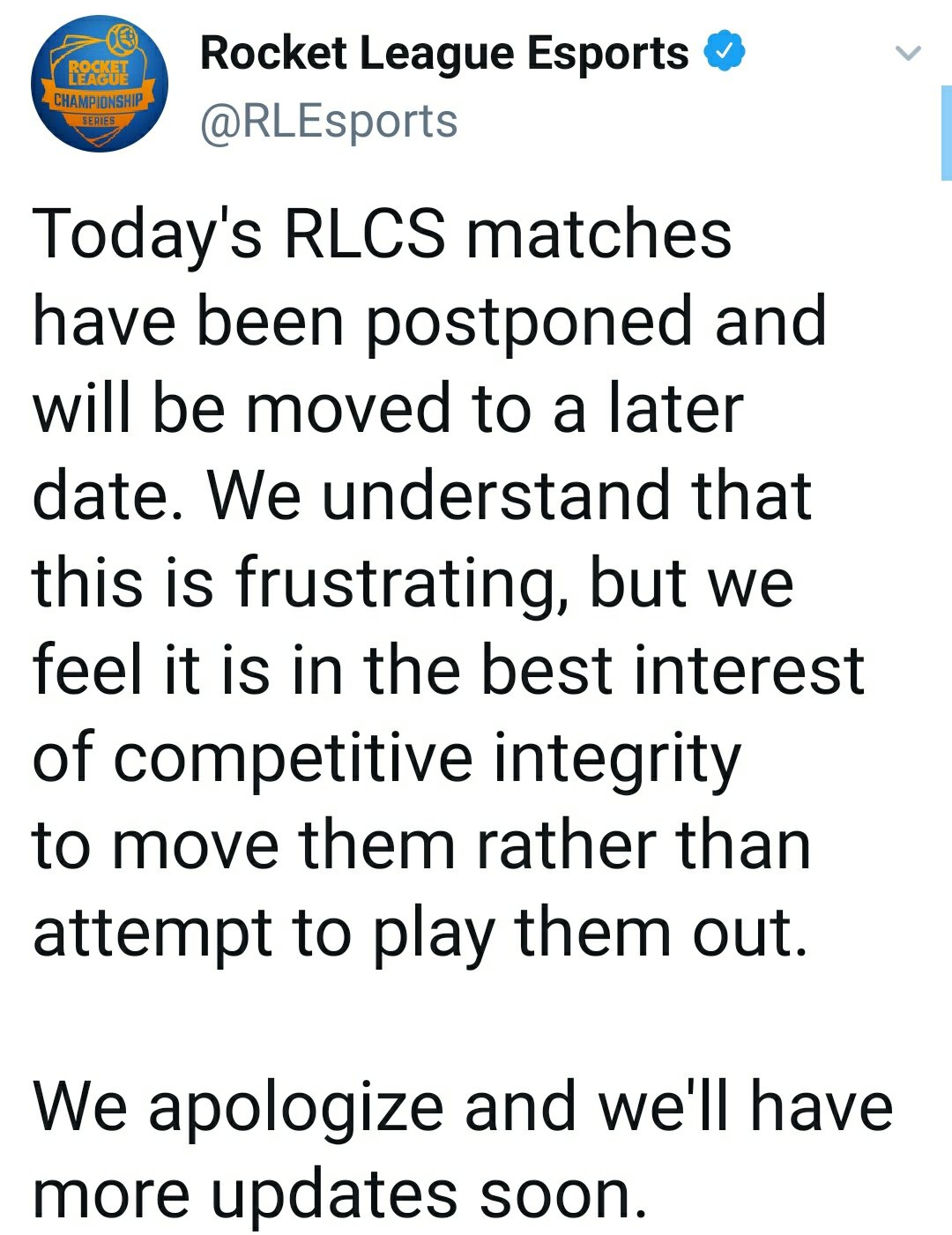