So we all are aware about the fanbase Roblox has created but switch users are not able to be one of them, here is a detailed guide

Hello what is up to gamers, I know that this may sound ridiculous but have you played Roblox, I mean it is just a different experience, right? I mean there are I think only two games that are as interactive and followed on this level – Minecraft and Roblox. 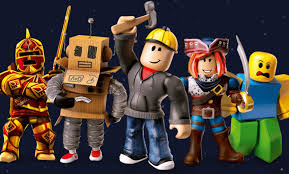 But I think that after Minecraft there is no game that has so much end-user satisfaction as Roblox. So for anyone who is from another planet or just doesn’t follows games, Roblox is a 3D simulator-type game which allows you to interact with the virtual playground.

Roblox was released on 1 September 2006 by Roblox Corp. By August 2020 there were about 164 Million active users.

So, currently Roblox is available on Android, iOS, Playstation, Xbox, and PC. But did you notice no Roblox for Switch users, yeah this feels awkward as Switch might become one of their most major markets as due to the portable nature of Switch, Roblox might be the players go-to game ?

Currently, as of now, there is no official Roblox app on store for Nintendo Swicth but below we have mentioned some steps through which you might be able to play the fan-made game on your switch.