No doubt, season 1 of Re Zero was wonderful. It deviates from a typical isekai anime where a protagonist has powerful abilities to do everything. In this case, the main character Natsuki Subaru is nothing but a powerless young man who has to achieve goals by his normal human capabilities. Although, if some would say, he got a very useful ability that whenever he dies, he goes back to a certain point in time in the past. Useful right, but rather a very frightening and painful ability that only activates after he dies, and he can’t tell anyone about this as a pact by the witch restricts him. As far as we know, Subaru was sent to this world by the witch. So, before coming to discuss Re: Zero Season 2 let’s have a look at season 1.

In that world, Satella is the witch of envy/jealousy. She was a half-elf. If you are now thinking, by this means, there should be other witches too to complete the seven deadly sins, yes, there were. They were all killed (or rather eaten by her), making her the only witch left. Therefore, from there onwards she was only referred to as the witch as there was no other than her. This all took place around 400 years back; at that time, only a hero, a sage, and the dragon captured the witch. 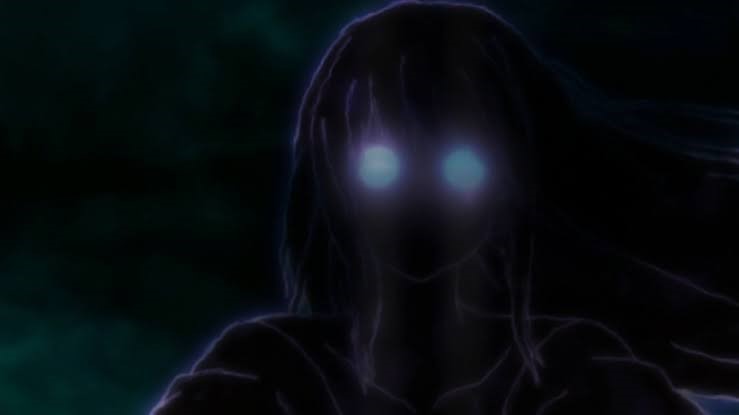 Subaru is a juvenile delinquent who stopped going to school. One night he is suddenly transported to another world and he was pleased about that. He also thought that he had got potent abilities like any other isekai, but he realizes soon he is nothing special.

He meets Emilia, a half-elf, who saves him from some thugs he encountered. He sets out with her to get only being killed. Though it took three kills (yes seriously), he realizes about this ability. In the 4th time, he helps Emilia properly without getting killed. She takes Subaru with him to the Roswaal mansion, where she lives, only to get killed 4 more times horrifically too. 2 of the times, it was Rem who kills him.

At 5th time he does things properly and has everyone in the mansion trust him. Rem not only started trusted him, but she also starts to love Subaru (yes, she is the one who mercilessly killed Subaru 2 times). Subaru also likes her, but he is in love with Emilia. After coming to central, he and Emilia fought to which she lefts earlier for the mansion back. Now we were introduced to the archbishops of the seven deadly sins. The one added now was Sloth, whose name was Betelgeuse/Petelgeuse.

One of the Subaru’s death from freezing while puck cuts his head off as he brings Rem’s dead body back after Betelgeuse kills her. Because of Betelgeuse, Subaru has to die another four times. He had a mental breakdown too. 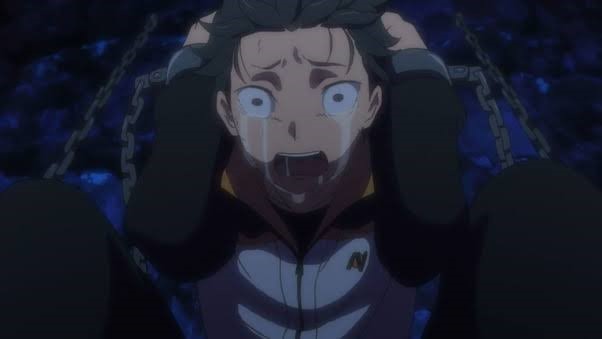 He recovered from it and was finally able to save Rem and Emilia and stop Betelgeuse. He and Emilia were able to solve misunderstandings, and he also confessed to her about his love about which she was happy as being a half-elf. She was always subjected to discrimination being the same as the witch, so she was happy as it was the first time someone said this to her.

In the end, it can be said that Subaru is one of the most courageous characters ever. In spite of dying many times horribly, remembering every pain vividly, he still continues to move forward and helping them close to him. 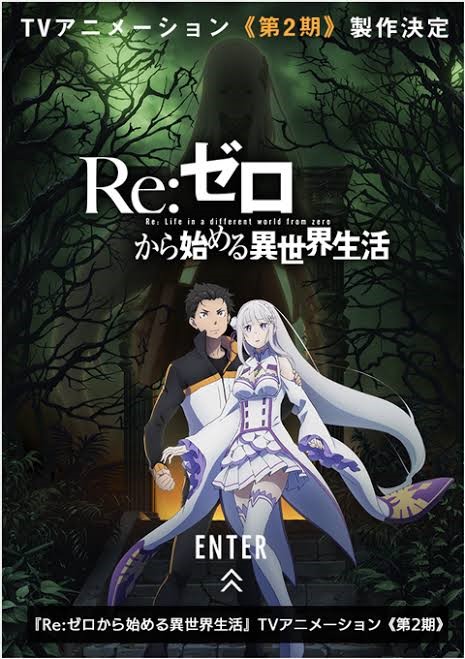 Season 2 is set to release in April of this year. A teaser for the same was also released several months ago. It starts with Subaru standing in grassland, and he starts to walk. The green grassland soon became red with the blood of every individual whoever came in contact with Subaru. First was a little girl named Petra, then Ram (Rem’s older twin sister), Crusch (another candidate for selection of ruler like Emilia), Roswaal (head of mansion and proctor of Emilia for royal collection and very good magic-user), Frederica (senior maid), Beatrice (librarian of Roswaal mansion and a high-class magic-user), then Rem and Emilia and the rest of the villagers.

There were hundreds of corpses piled up on both sides of Subaru as he walked toward a mysterious female, which is leisurely sipping on a cup of tea. Everyone is thinking of her being the witch.

Major Spoilers ahead about this teaser and season 2. If you don’t want to get spoiled, stop reading now, it consists of a short summary of the light novel that is to be adapted into the Anime.

The female in the teaser is none other than the witch but not Satella but the witch of greed, which is supposed to be dead. Her name is Echidna. She is dead, and the grassland shown in the teaser is the tomb of Echidna, which is referred to as the Sanctuary. The place where half of the villagers were taken in season 1 at the end as to have no casualty against fighting Sloth. It is her spirit that is shown. There she had a conversation with Subaru, and it is known that she had no ill intentions and helped Subaru in ways she can. From this, we can know for a fact that that corpses piled up are not because of that woman. She tells the names of the other witches to Subaru.

Fun fact, the tea she gives Subaru to drink is not tea but her body fluids.

In season 2, get ready to have another round of playing ‘whose Rem’ too. When Ram and Crusch head back to central, they had an encounter with two archbishops

Subaru had set to the Sanctuary to face new problems and another hell of suffering. There would also be focused on his family, his father Kenichi Natsuki, and his mother, Nahoko Natsuki.

Season 2 is supposed to be released in April.