Owned by Chinese OEM, Redmi is a sub-brand that devotes solely to manufacture some of the stunning mid-rangers and budget centric devices out there. After continuously conquering the tag of the No.1 Smartphone brand in India, Redmi is still thriving to come up with awesome innovations and amazing devices with every passing day. Well, that’s Redmi for you.

MIUI is a custom skin or UI created by Xiaomi for its devices. MIUI provides a very minimalistic and elegant user interface which is really good looking and easy to use. It also comes with a lot of amazing features. The latest iteration is the MIUI 11 which was recently rolled out to Xiaomi devices. MIUI has a lot of fans and is one of the most loved UI’s in the town. Honestly, MIUI is better than other custom skins. However, one major thing which might have been acting as a primary setback for MIUI is the lack of an “App Drawer”. Users have been disliking the lack of an app drawer in MIUI and have been speculating about a possible app drawer in the upcoming MIUI 11 updates.

The good news is Xiaomi finally understood the situation and has finally brought all that what was lacking in MIUI. No, its not a system update with new features but the stock System Launcher has got an update. Redmi 8 and Note 7 users have got the update and they are liking it a lot. Guess what, the latest system launcher update vanishes away all the issues we once had and brought some most awaited features. Xiaomi has officially added an App Drawer through its latest System Launcher update. The update not just brought an app drawer to the home screen but also came with several other features as well. We can also change the icon sizes now. That’s absolutely great, right! Here is what the update looks like and all other changelogs it brought: 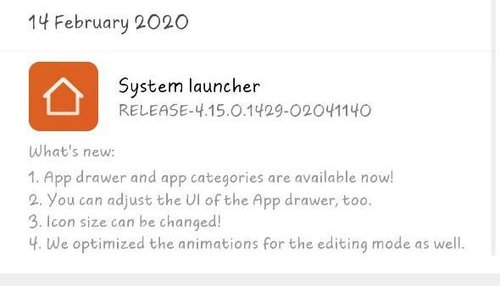 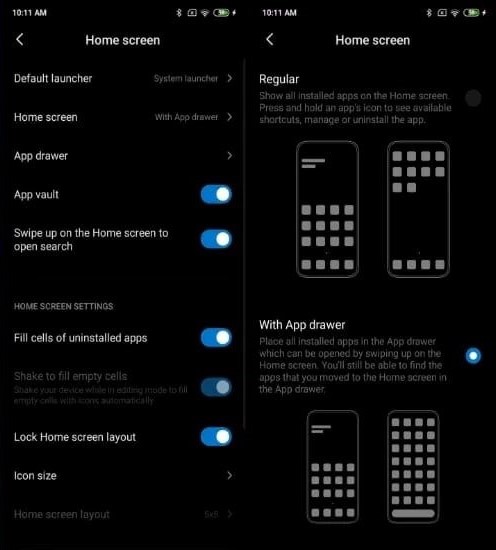 As of now, Redmi 8, Redmi Note 7 and a few other Xiaomi phones have got the system launcher update. Other Xiaomi devices will be receiving the update very soon.

Stay tuned for further developments about the MIUI System Launcher Update. Also, share this article with all those who had been missing the app drawer on Xiaomi Phones.