Red Dead Online just got a major update as was promised by Rockstar 4 weeks back. The RDR2 patch 1.20 update has brought in a box load of content. The new patch has brought in the outlaw pass and a new Frontier Pursuit on July 28th. Here are the full details of the update.

The update was released earlier today by Rockstar game for the Online Red Dead available on PS4, Xbox One and PCs. The summer update is free to download and has 5 GB of data on PS4 and PC while 4.69 GB on Xbox One.

It is its biggest update in size and changes yet. Here are the complete patch notes. 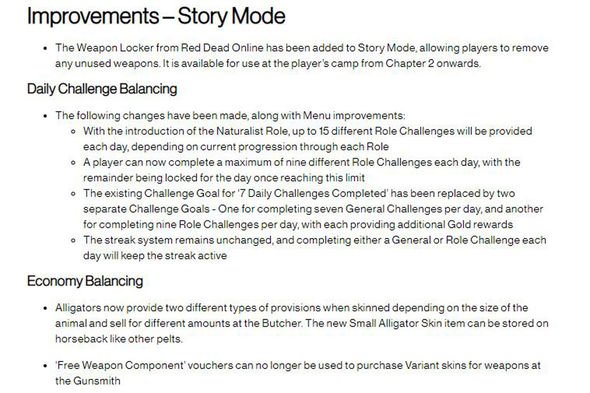 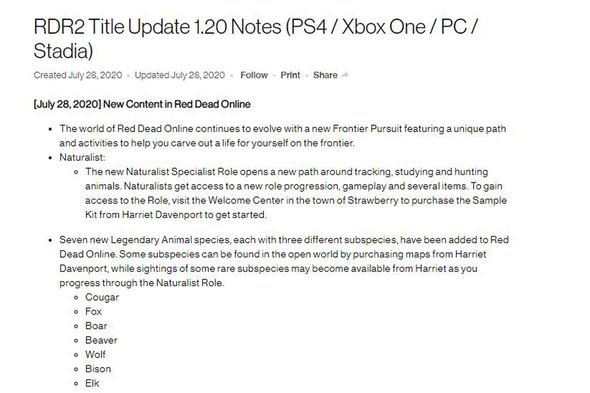 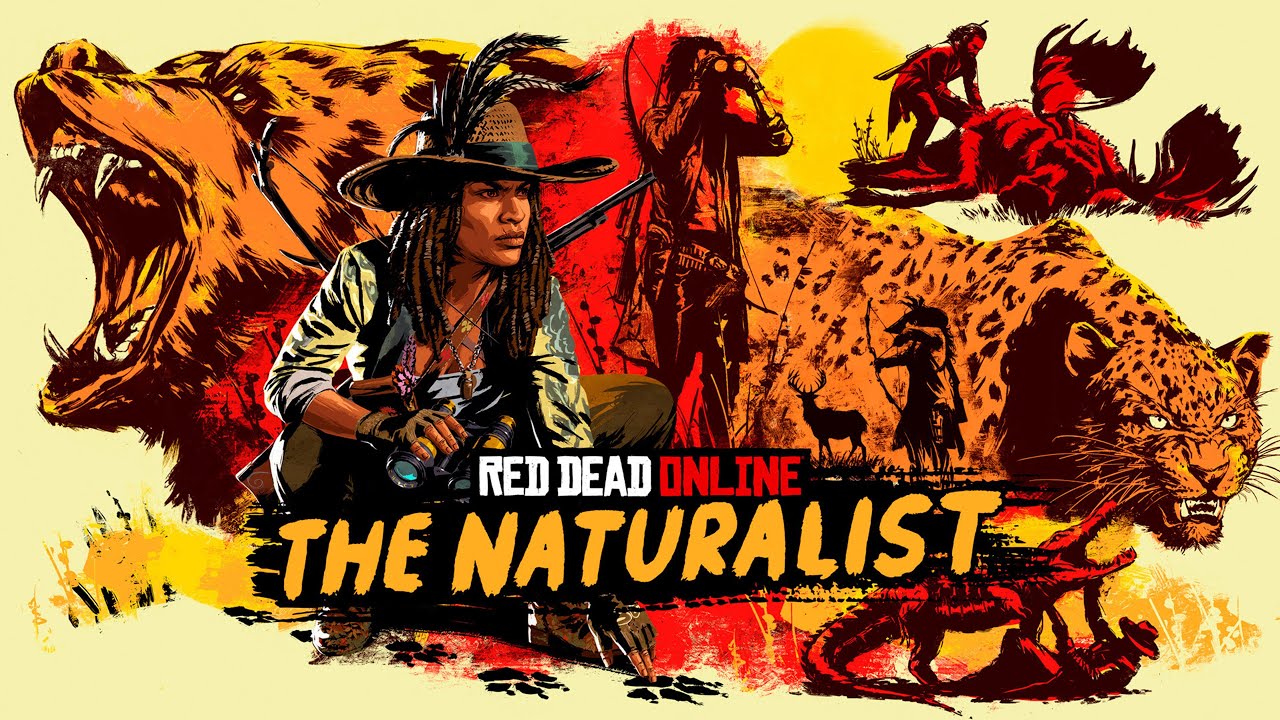 What is more interesting than the addition of new Legendary Animals. Conservasitonalist Harriet Davenport will start players off with a mission. The mission contains to tracking some wild animals like cougars, foxes, boars. They want to obtain their blood samples with some easy tranquillizing.

There is also the hunter method to choose. Gus McMillian, a hunting legend will give you special clothes awards in return of their legendary pelts. But you cannot play both sides either or Harriet will catch you in poaching activities. Either choose to take the less violent way or kill those pesky boars but you have to choose.

Naturalists unlock the new content like an advanced camera, an exclusive horse, Mercy Kills for animals. If you take the less-violent path, you will unlock a Varmint Rifle and sedative cartridges, as well as revive tonics to free the animals just after their samples have been collected. Gus will give you improved bow and another strong rifle for hunters like Elephant Rifle. A cool upcoming thing will be the wide use of tonics that allow characters to control their weight. This can give you a wide range of customization and skills.

The Red Dead Online update is also meant to streamline the gameplay experience of players. Threat radars have more pop-out in the minimap so you can see them clearly. You will also be able to Free roam while you wait for a game, available showdown or race.

You will also get 3 new extra daily challenges equipped with better rewards. The wardrobe system which was a headache for many has also been improved.

80 ranks of progressions have been added to the third season of Red Dead Online. You can have two separate reward trees, one which is free and the other paid. Each level will have its own rewards, new outfits, weapons, modifications and skill upgrades.