Realme RMX2200 features and specifications inside

Out of all the brands, we undoubtedly knew that Realme would come up with some of the finest of devices supporting the 5G network. Just when we thought that Android 11 will be the most requested and anticipated wait of this year, 5G networking joined out of nowhere which everybody wants their device to support, although 5G will not come into any implementation anytime soon.

With the flagship smartphone makers fighting to make the most out of the present interesting 5G scenario, Realme is all set to release a low-budget smartphone with not just a 5G network, but some other interesting features too.

Realme RMX2200 receives 3C certification in China which is a mandatory certification system that assures security and authentication to consumers.

Firstly, the budget of this device is very clear, approximately around 10k to 13k rupees. The very rear end appearance clears that out for us as it reminds users about the Realme C12 and C15, two other low-budget devices.

Realme RMX2200 will equip a triple camera setup at the rear end where 13MP is the primary sensor, and 5MP and 2MP are the other two camera features. On the front end, users will get a minimal 8MP selfie shooter.

This upcoming Realme device will release with a 6.52 inches LCD screen. You will also get a massive 4,890mAh battery but a disappointing yet acceptable 10W charging support.

This device has also appeared on TENAA whose images you will see below. 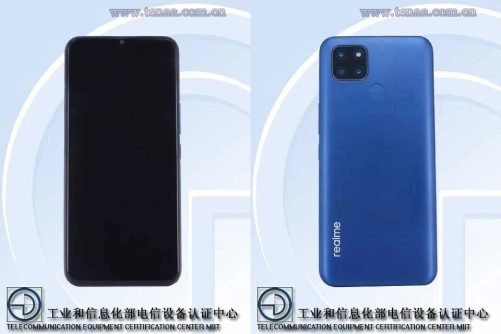 Major C15 vibes, right? However, 5G for this low budget would be amusing on hands. We are indeed looking for what model name Realme would come up with this time. Any guesses?

We post related content and exciting updates every day, so stay tuned! Also, share this article with all the Realme fans who are waiting for this device!

League of Legends Wild Rift Release Date in India: Will it be banned?

League of Legends Wild Rift Release Date in India: Will it be banned?