Realme has announced to roll out the Android 11 Preview Release for only a limited 100 users (hardcore Realme fans). For those who do not know what a preview release is, it is an update that is released only for some limited tech enthusiasts who want to enjoy the latest features before anyone else.

Realme, in a community post, said, “We are thrilled to announce something that Realme is amongst the first to make Android 11 Preview release available for Realme X50 Pro and experience it right away, this is an excellent opportunity for hardcore Realme fans to experience the latest developments in Realme UI based on Android 11.“

Yesterday, Madhav Seth, CEO, Realme India shared a picture on Twitter, the phone in the image posted on Twitter was Realme X50 Pro and was running on Android 11 based Realme UI 2.0. A couple of months ago, Francis, Chief Marketing Officer of Realme India had confirmed that the upcoming Realme UI 2.0 which will be based on Android 11 and the company was working on it.

How to Apply for Update?

The Registrations to get Android 11 Preview soon starts on September 8, 2020. The users who want to apply for this Preview must be running RMX2076PU_11.A.35 on their Realme X50 Pro. Users can head over to Settings ⇾ Software Update → Tap on the settings icon in the top right corner ⇾ Trial Version → Submit your details → Apply Now. 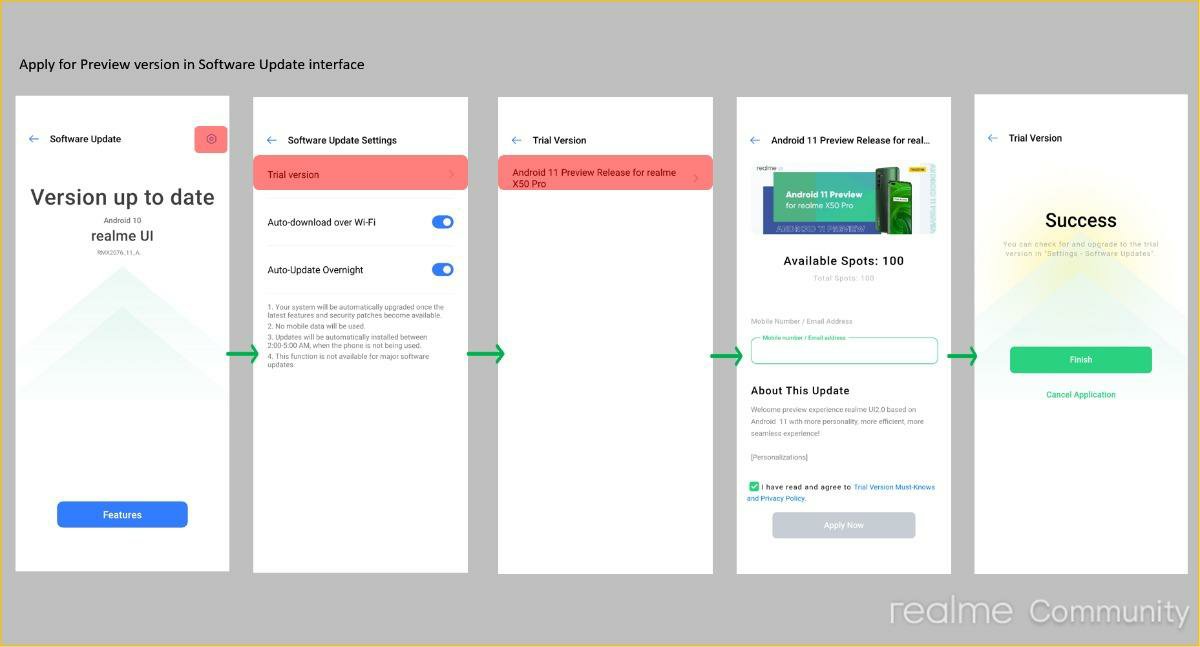 Things to keep in mind before Updating:

The battery must be 60%+ for successful updates otherwise there will be a risk of update failure. Google is also ready to officially launch Android 11 in the upcoming weeks. All the Pixel devices will receive the update first. Mention your thoughts on this Android 11 preview in the comment section.