The update also brings in a lot of new features

The Realme X50 Pro 5G was launched in March this year with all the specs you could expect from a 2020 flagship. It has a 6.44-inch Super AMOLED screen with a resolution of 1080 x 2400. It supports HDR10+ and has a 90Hz refresh rate. Under the hood, it packs a Qualcomm Snapdragon 865 processor. It can be configured with up to 12 GB of RAM and 256 GB of UFS 3.0 storage. On the back, it has a 64MP quad-camera setup. In the front, it has a dual-camera setup. Realme also released the X50 Pro 5G Player Edition in May. It was mostly the same phone with a few differences in cameras and storage. 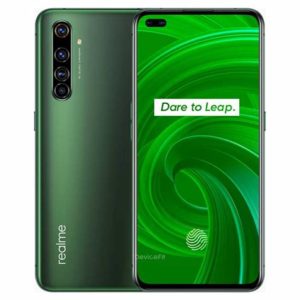 Out of the box, they ran Realme UI based on Android 10. And today Realme is releasing an update for both the X50 Pro and the X50 Pro Player Edition. The update brings in the August Security Patch, new features, and optimisations. You can read about it in detail in the changelog given below. The update is expected to be pushed out to all users within a week.

Some of the new features include DC Dimming (should be really helpful during those late-night scrolling sessions). A new automatic scrolling function should make taking long screenshots easier. It has added a smooth speed sliding screen function, geometric style function of avatar, optimised the status bar display. It also fixes the charging animation. If you have been looking to spend more time away from your phone, it also adds independent shortcuts for focus mode.

● In the new status information, long press to copy the IMEI number function

● Added the ultimate cleanup function in the process management

● Added a button to return to the screenshot preview interface

● In the new drawer mode, long press the desktop icon to uninstall the APP function