Realme V5 unveiled: Price, Features, Leaks and all you need to know

Realme has been in the spotlight for a couple of months. Initially, the brand focused on the regular Realme series that were named numerically. Then stepped up the Realme X series. The latest device from the Realme X series is the Realme X3 is rated as the best budget flagship devices presently by many sources. But looks like the brand isn’t really happy with the existing series. Therefore, Realme has announced a brand-new series that will release in the Chinese market soon.

Realme V5 is the name of the upcoming device from the brand. This will be the first device of the V series. Realme has officially confirmed that this series would be taken forward as crucially advanced and developed as possible. So, Realme V5 is no entry-level device either.

Realme officially revealed the upcoming, new series by unveiling the image of Realme V5. The unofficial forums shared this image with all the expecting features and other predictions. Not just that, multiple images were shared further on as you can see below. 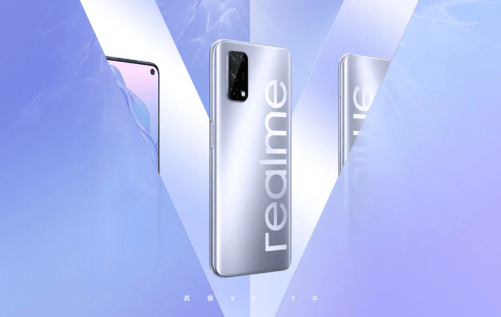 The rear design is very straight forward. Realme V5 will equip a quad-camera setup at the rear end. The primary sensor will not be lesser than 48MP. Users can expect either 48MP or 64MP primary sensors. The front camera is a punch-hole camera as you can see in the image. The selfie camera is placed at the right corner. Most people prefer the punch-hole type camera setup at either of the corners. This allows users to not miss out on the action happening at the center of the device as the camera is placed at a rather unimportant portion. 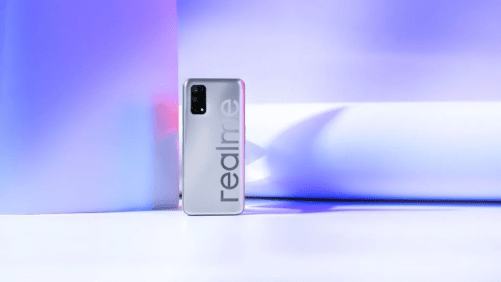 Realme V5 will come with a 6.55 inches display. The device dimensions are as follows- 160.8 x 75.2 x 8.5mm. Realme V5 will most probably release with an LCD Display. Android 10 OS is the software this device will boot on. This smartphone is expected to be run by a 4,500mAh battery which is claimed to be dual partitioned.

The first device from the new series, Realme V5 is believed to be the Realme RMX2121 that appeared on TENAA’S Database a while ago. The base variant of this device is expected to cost about Rs.19,900. The other variants will stretch across the Rs.20,000 budget, proving it is a budget smartphone series.

Rumors speculated have conveyed that Realme V50 will go live for purchase in the Chinese market on the 21st of August 2020. But no official details are available.