Since the time Realme officials have launched a new Twitter page, they’ve been flooding the internet with all about the brand. Realme Link links all products of the brand at one platform via Twitter. Just a while ago, #realmeDays came to an end. Officials were promoting the latest Narzo series and other recent products by loading the fans with offers and deals. Absolutely out of the blue, Realme has dived deeper into TWS earbuds, by adding more and more products in the line-up of the Realme Buds Air series.

How exciting! But meanwhile, the software updates are not forgotten. Too good too soon, but Realme hasn’t taken a hit yet when it comes to software and system updates. The latest Realme UI update is rolling out for two of the latest devices from the brand- Realme 7 and Realme Narzo 20 Pro.

Realme UI update with build number RMX2151PU_11_A.69 has started rolling out with November 2020 security patch. The update is rolling out via OTA, and the download size is 552MB. 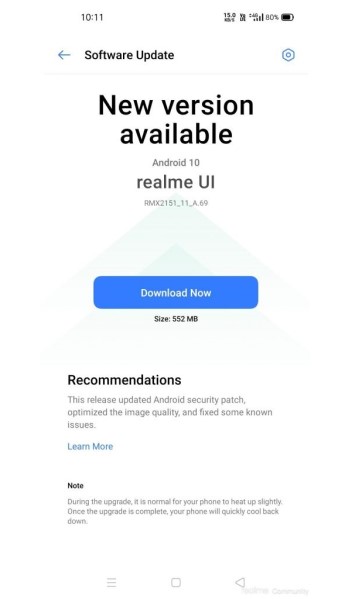 Stating the obvious, this update is based on Android 10 OS, and brings several camera optimizations and bug fixes, along with an improved touch experience for both Realme 7 and Narzo 20 Pro users. You can check out the full changelog in the image below- 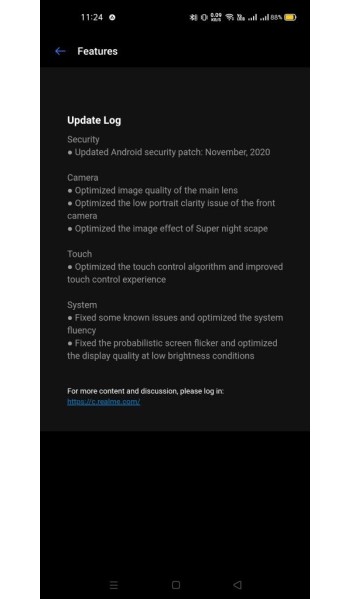 Realme 7 and Narzo 20 Pro are almost the same. From display dimensions to camera module to processor, most specs are exactly the same. However, Realme 7 has got a bigger battery, 5000mAh, unlike the 4500mAh battery on the Narzo 20 Pro. Also, Realme 7 has a low-end variant with 4GB RAM, giving users a total of three options to choose from.