Despite being a new player in the smartphone industry, Realme has been beating all odds and has emerged as one of the best smartphone brands available out there today. Realme offers great devices with amazing specs with an amazing amount of value for money. They are now all set to launch the sixth iteration to its series of smartphones, namely The Realme 6 and the Realme 6 Pro. Realme also launched the Realme 5 and the 5 Pro back in the fourth quarter of 2019. Both these devices are beautiful budget smartphones with tons of specs filled in it.

The Realme 5 Pro comes with a 1080p IPS LCD screen and boasts a 48 MP camera as one of its sensors on its quad-camera setup. Contrary to this, the Realme 5 comes with a mere 720p Panel and just a mere 12 MP camera. Realme 5 has a massive 5000 mAh battery which can power it throughout the day with sufficient ease.

The Realme 6 and the 6 Pro are expected to have a 6.4-inch display. While the 6 Pro has an IPS LCD screen, the Realme 6 has a Super AMOLED screen. Well, the Realme 6 has got a huge upgrade in the display section. Seriously? Like what was Realme thinking when they didn’t provide an AMOLED panel to the 6 Pro but wait this is not yet final though, right! Both the devices look pretty similar to its predecessors, the Realme 5 and the 5 Pro.

Both the devices are expected to get an upgrade in the processors too. These devices may get up to the pretty powerful Qualcomm Snapdragon 730 chipset. There is also a huge upgrade in the camera department, especially for the Realme 6 which might have a 48 MP main sensor while its predecessor had only a mere 12 MP camera. None of these devices support 5G.

Well, seems like Realme is going to drop the 5000 mAh battery and instead use a lesser capacity 4200 mAh battery in the Realme 6. This seriously is not at all good news. Both the devices will be having the support for VOOC Fast Charge. The Realme 6 and the 6 Pro will come with Android 10 out of the box.

Stay tuned for more updates about the Realme 6 and the 6 Pro. Also, share this article with those who have been waiting for this device.

A few days back we saw the internet brewing up with rumors and leaks of the alleged Realme 6 Series and people are pretty much excited about it. Recently Realme was seen flaunting the number 6 in a recent twitter post giving very clear hints about the Realme 6 Series. 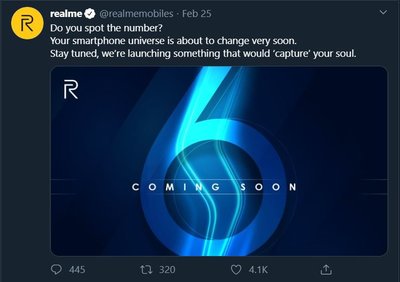 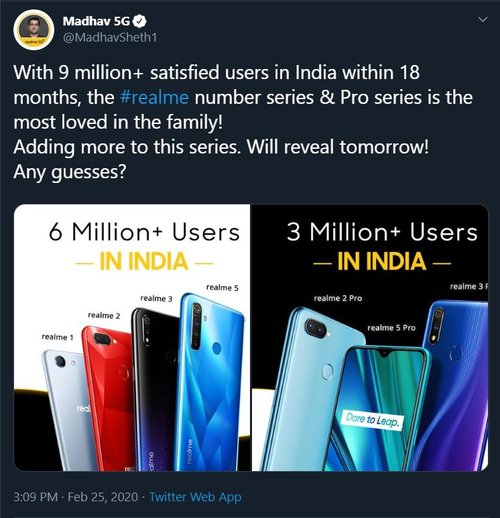 People started going after this and started commenting about the Realme 6 Series but wait, that’s not all. Madhav Seth also uploaded a picture with Salman Khan on Twitter and the Camera watermark in the photo clearly states that the photo was shot on the Realme 6, which also confirms that the Realme 6 will have a 64 MP sensor. 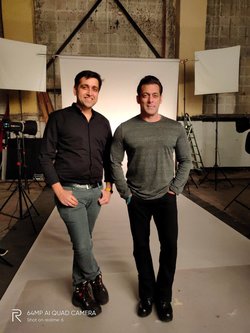 However, Realme didn’t make any official notification about the price or the release date about the devices. Stay tuned for more updates on Realme 6. Also, share this article with all those users who had been waiting for these devices.