Rainbow Six Siege, an online tactical shooter game which has been developed by Ubisoft Montreal & has been published by Ubisoft was released on December 1, 2015. The game is available on PC, Xbox One, and PlayStation 4 platform.

In the game, players utilize different operators from the Rainbow team having different nationalities & weapon set. Cut to now, Rainbow Six Siege is currently under maintenance. The official Twitter handle of Rainbow Six Siege has made this announcement.

Rainbow Six Siege servers will go down for one hour starting on 8:00 EST/13:00 UTC. The game servers are going down for infrastructure maintenance. Have a look at the official tweet down below. 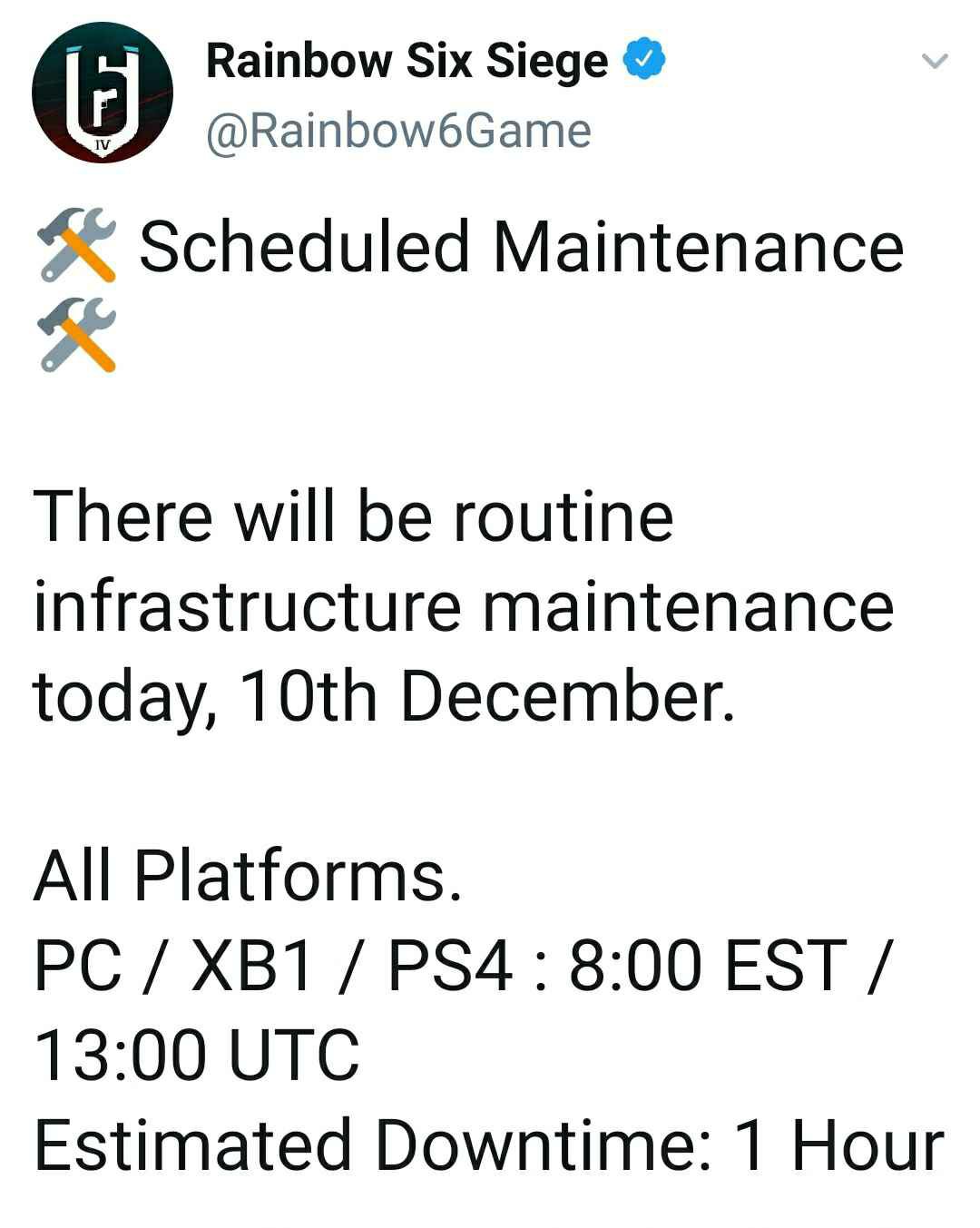