Recently, a lot of fans have been complaining about the connectivity issues in Rainbow Six Siege. According to the users, they are not able to play the game and servers are not responding. And if you are facing the same issue and wondering why Rainbow Six Siege is not working for you. Let us tell you that you are not alone servers of Rainbow Six Siege are currently having technical issues & glitches.

They have taken the route of Twitter to express their concerns & ongoing outage. Have a look at a few complaints down below. 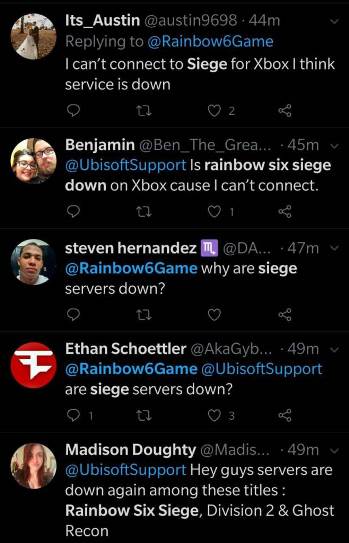 Let us know in the comments if you are facing a similar issue.

It looks Ubisoft servers are facing issues. The Twitter account of Ubisoft Support posted officially and recognized the issues posted by the users on various platforms.

The official tweet confirmed that the Ubisoft servers are facing the issues in many regions and mentioned that both Rainbow Six Siege and Division 2 are facing issues on Xbox platforms. 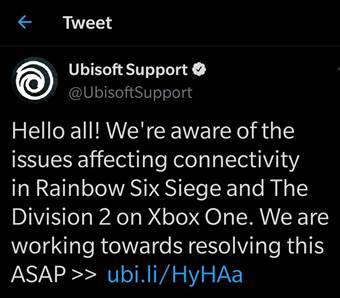