Rainbow Six Siege : Clash disabled on all the platforms

Rainbow Six Siege, an online tactical shooter game which has been developed by Ubisoft Montreal & has been published by Ubisoft was released on December 1, 2015. The game is available on PC, Xbox One, and PlayStation 4 platform.

In the game, players utilize different operators from the Rainbow team having different nationalities & weapon set. Cut to now, Rainbow Six Siege ‘Clash’ is currently disabled from all the platforms. This information has been shared on Rainbow Six Siege’s official Twitter handle. Mentioned below is the official statement for your reference.

We’ve disabled Clash for all platforms in order to investigate an issue that was discovered, and we are currently working on a fix.

Players can check the current status by heading here. Developers have not specified the reason for its disabling. 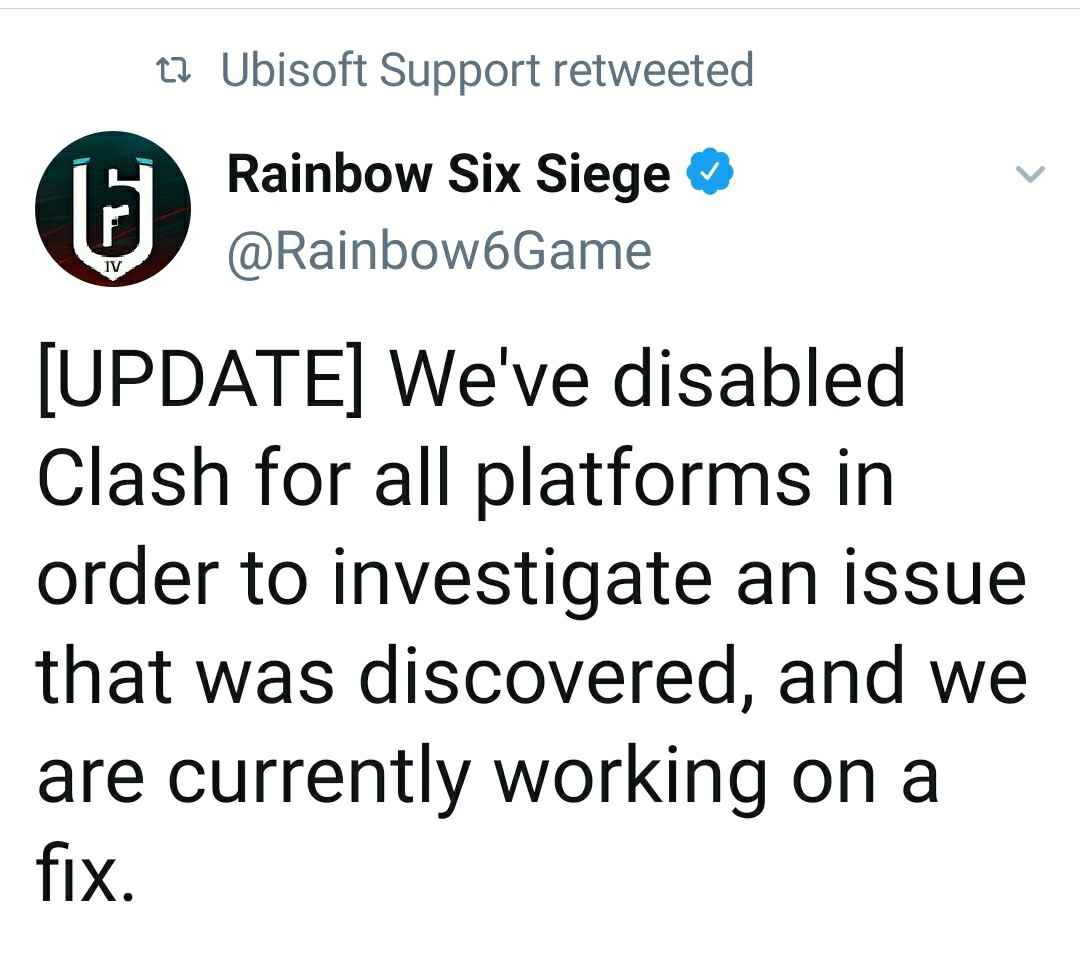 [Update December 12] Instagram Down : Newsfeed & messages not working at many locations