Last week, the developers rolled out a new update for the PUBG PC platforms. The new update, which carried patch 6.3, brought new in-game features and several bug-fixes. Well, after PC, the new update is now rolling out for the console platforms today. Some of you might have experienced the new features already, but if you haven’t we will mention them below.

According to the official Tweet by the PUBG Support, the new patch will roll out on 8 AM CET (March 26)/ 12 AM PDT (March 26) after the server maintenance.

Talking about the new update, it brings an-all new weapon called Panzerfaust in the battlefield. The new weapon will be available exclusively in the Karakin map only. It will be rare to find on the map, but you will definitely find one in the airdrop. The Panzerfaust warhead explodes upon impact, with a 6m of damage radius. 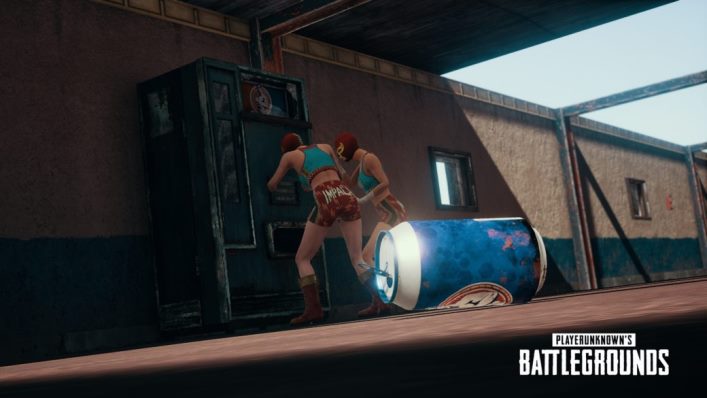 We’ve been sneaking the Panzerfaust into our Season 6 videos since the start, but we’re finally putting the boom tube into your hands! While a powerful AoE damage tool on the Battlegrounds, there are some drawbacks to picking the Panzerfaust up. First of all, it takes up a primary weapon slot, limiting your options on the diverse terrain of Karakin. The projectile travels pretty quickly, but can be dodged by the attentive player. There’s also a backblast area behind the Panzerfaust, so watch out for those squadmates before you go firing it off.

As we near the end of the season, we’re also doing a little balance shuffle on a few weapons. The Tommy Gun has been weak for a while, so we’re adding a sight slot for red dots and holos and upping damage, the M249 is moving from Care Packages to normal loot but is also losing a little damage and getting a bit more recoil, and the UMP-45 was nerfed a little too hard with the switch from 9mm, so we’re giving it some love across the board. Take a look below for all the changes.

Update March 13: Due to community feedback, we’re changing some of our initial plans. The M249 will be available on ALL maps as uncommon ground loot, as will the DBS which has also been removed from Care Packages.

Tommy Gun
Stronger and more versatile. You can now also attach Red Dots and Holos to your Tommy.

M249​
Removed from Care Packages and added to normal loot on ALL maps. Can now take more attachments but is tougher to control and does less damage.

UMP-45​
An increase in power across the board, making the UMP a more viable choice for your arsenal.

Alongside these balance changes, the M249 and Tommy Gun models and firing sounds have been updated.

Overwatch down & not working : BN-564 error on PS4 troubling many players