PUBG New State: How to fix game crashing issue in 2021?

The developers of PUBG New State have hinted at the release of the game’s first map called Troi. The 8×8 map will include a variety of locations such as an exhibition hall, a mall, a police station, and a tram factory, etc. The Mall will include escalators, each of which will take players in a different direction. The Malls will have an open roof for those ideal hot-drop places where numerous players may land and engage right away after picking up weapons and gear. We will also see a Laboratory, Trailer park, Luxury houses, and many other interesting locations. Coming back to our topic, in this blog, we’ll be showing you how to fix the PUBG New State crashing issue. Read more for further details. 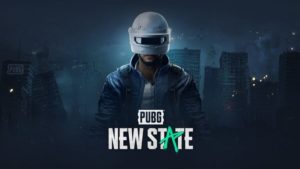 What is the crashing issue in PUBG New State?

Crashing of the game can be called the most frustrating error in any game. Due to the crash of the game, players end up losing saved game data and also lose the ongoing game.

PUBG New State has reported some crashing issues within the game. Mostly on start-up, but sometimes also mid-gameplay. While the developers have not made any comments on the error, it seems that many players are frustrated with the constant crashing of the game. With no active patches available for the game, players might think it has no solution. We assure all players that this isn’t a serious error and one must not panic if the issue arises in your game.

How to fix the crashing issue in PUBG New State?

After a lot of research, we were able to come up with some fixes for this nerve-wracking error in PUBG New State.

If you have a computer that is overclocked, you should disable this function. Although this might give you that extra push by increasing the CPU, GPU, and even RAM speed, it can occasionally create problems in games. Set your hardware components back to their original operating settings to rule out the chance that this is the source of the problem.

Make sure that PUBG is set to run in windowed mode.

Call of Duty Warzone: How To Boost FPS On PS5?

Forza Horizon 4: How To Boost FPS & Increase Performance In 2021?

Forza Horizon 4: How To Boost FPS & Increase Performance In 2021?